After the battle of Jarama, the two sides began a fortifying task with the objective of protecting themselves from a possible enemy attack that would extend until the end of the battle. In the Republican side, the prevailing tendency was to establish large lines of trenches connecting the front line with successive defensive levels, in a practice that had its origin in the First World War. These defensive levels used to have a linear arrangement, in which all defences pointed in the same direction.

Behind the first line was the “support line”. On this second level there were reserve troops, who could support those on the front line in case of difficulties. There was a tendency to connect these two lines by covered roads, although sometimes there was an absolute staggering between the two lines, so that the support line was an isolated belt that the attackers had to take once the first line was crossed.

And when the facilities allowed it, a third defensive level called “detention line” was established. Here were the means of last resort with which to close a possible penetration, including artillery.

In addition to these more or less common structures, others were added according to the terrain and the means at hand, such as ready-made blasting, minefields, anti-tank ditches, and so on.

The rebellious side dug much less and in a very different way: the form of structuring the defense was carried out in depth, by means of islets of resistance that could make fire in all directions, beating with crossed fire the enemy that went into the tangle of islets. Another advantage of this defensive structure over the linear arrangement was that the effects of artillery and aviation projectile explosions were minimized. Although in Morata de Tajuña there is the paradox that in some places such as Cueva Blanca and La Solana olive groves, the proximity of the enemy meant that they also had to have a linear defense in opposition to the opposite lines to avoid enemy infiltrations.

The set of fortifications that we can see in the route “The Secrets of the Green Way” (Element 4), was part of the deployment of a position in the rear of the 1st Republican line, or “line of supports”, made up of five “square posts” for rifling, which were complemented with small square forts for automatic weapons. They are in a poor state of conservation, with the decks no longer standing, but their structure can be clearly seen. The front canvases, with loopholes for the riflemen at the squadron posts and the machine-gun pocket at the nests. The network of trenches used to connect the rear with these fortifications is also partially preserved. 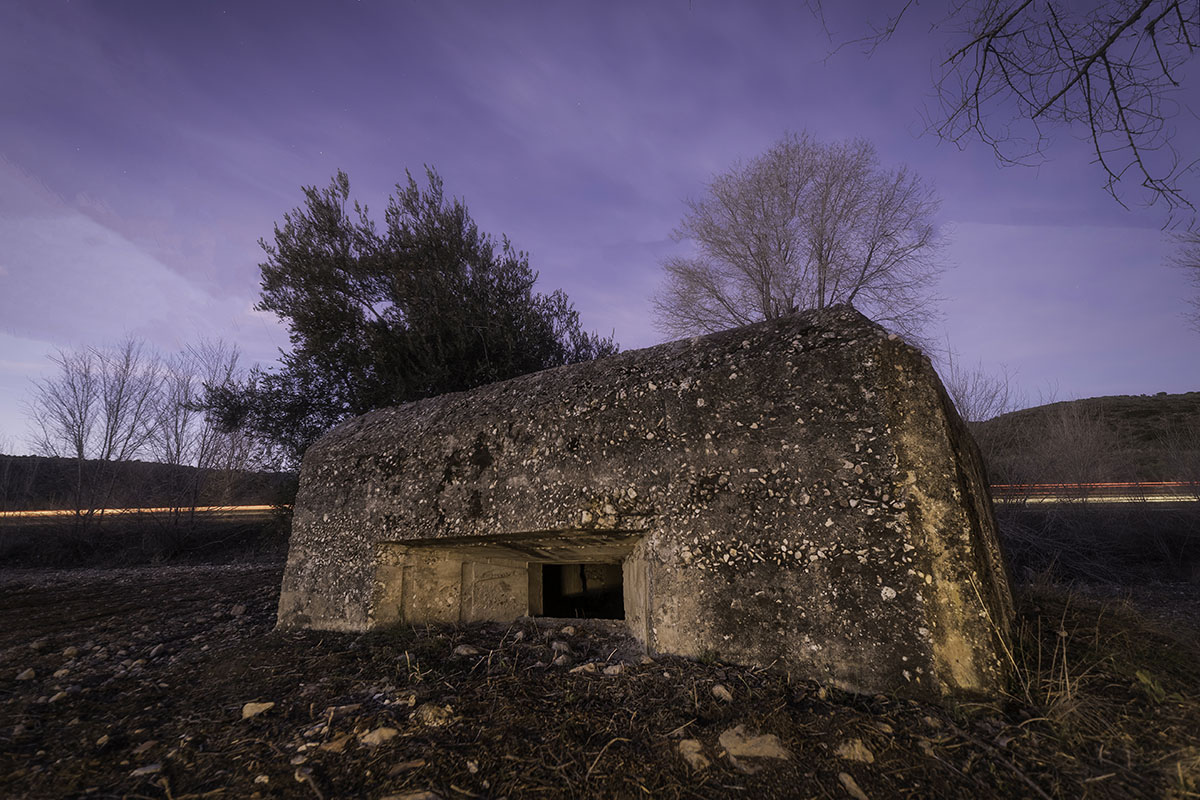 The trenches were ditches dug in the ground to hide soldiers from the enemy’s view while they could still make fire from them. They were often zig-zagged to facilitate the protection of soldiers from an explosion or aircraft attack.  A typical example of this type of fortifications can be seen in the route “The Secrets of the Green Way” (Element 5). This trench faced the Francoist positions of the disappeared Radio House, a very important enclave in the battle of Jarama.

On the outskirts of this house there were very tough fights between February 15 and 17,1937 between the XI International Brigade on the Republican side, and the V Flag of the Legion and the Flag of the Falange of Castile on the Franco side, these fights on the 16th reached the railroad track itself, although finally they had to retreat the troops that rebelled up to the outskirts of the House of the Radio, being established until the end of the war. 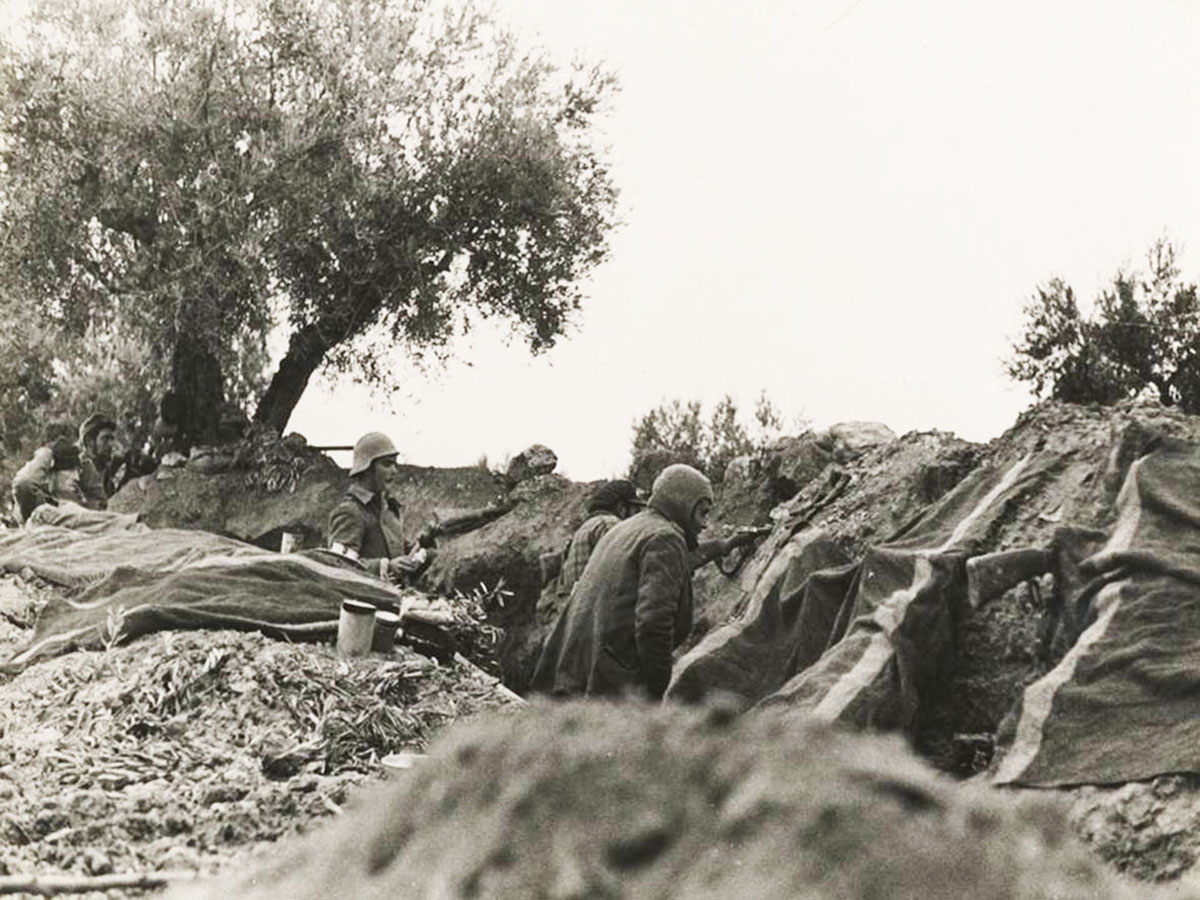 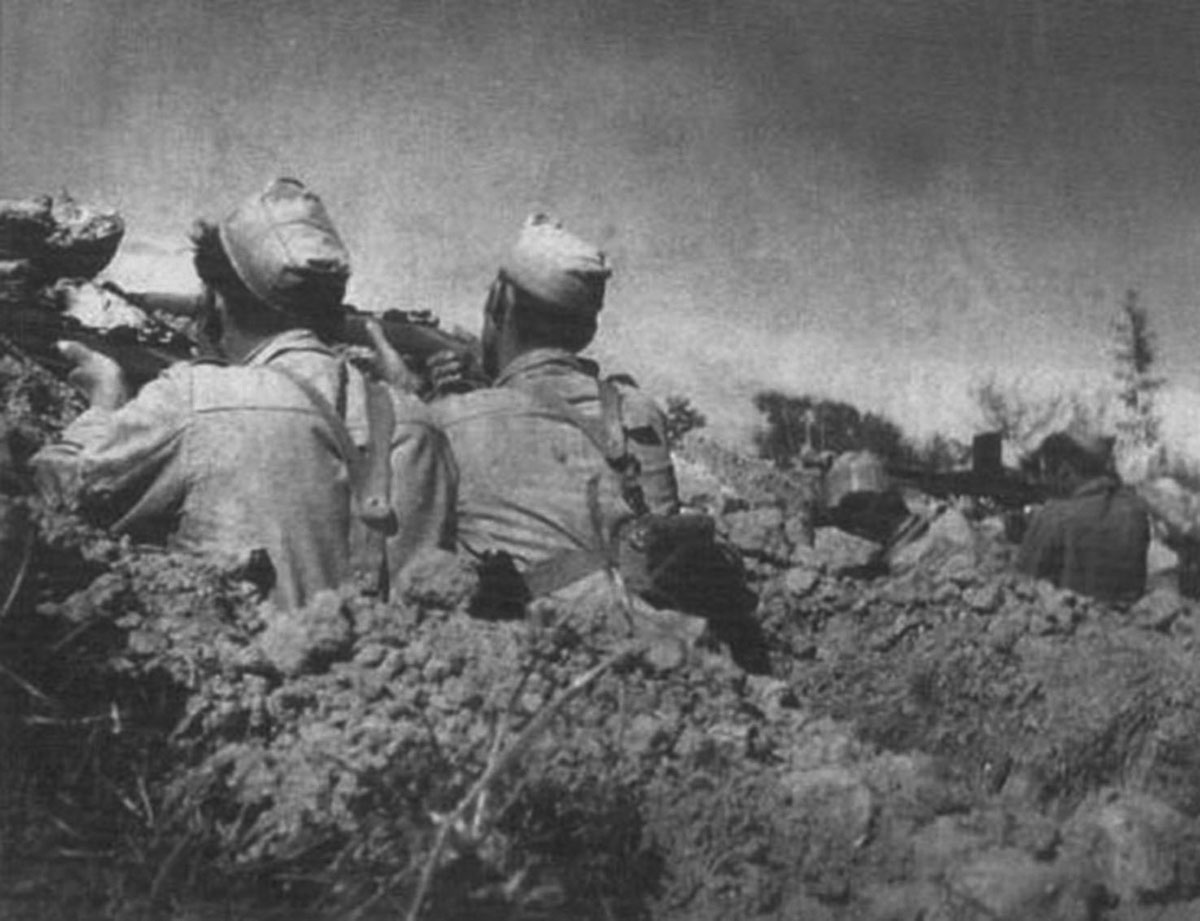 Built around 1923, the Radio House was the Morata de Tajuña Receiving Station and belonged to the Military Radiotelegraph Network. It allowed communications between the different stations spread throughout the national geography, in addition to those located in the Sahara, Gulf of Guinea, South America and Alaska.

During the battle of Jarama, the Republican army used this building as an observation station and command station. In this way it became the target of the rebel army’s artillery, practically destroyed after the battle. The definitive demolition of its remains took place in the early 1980s. 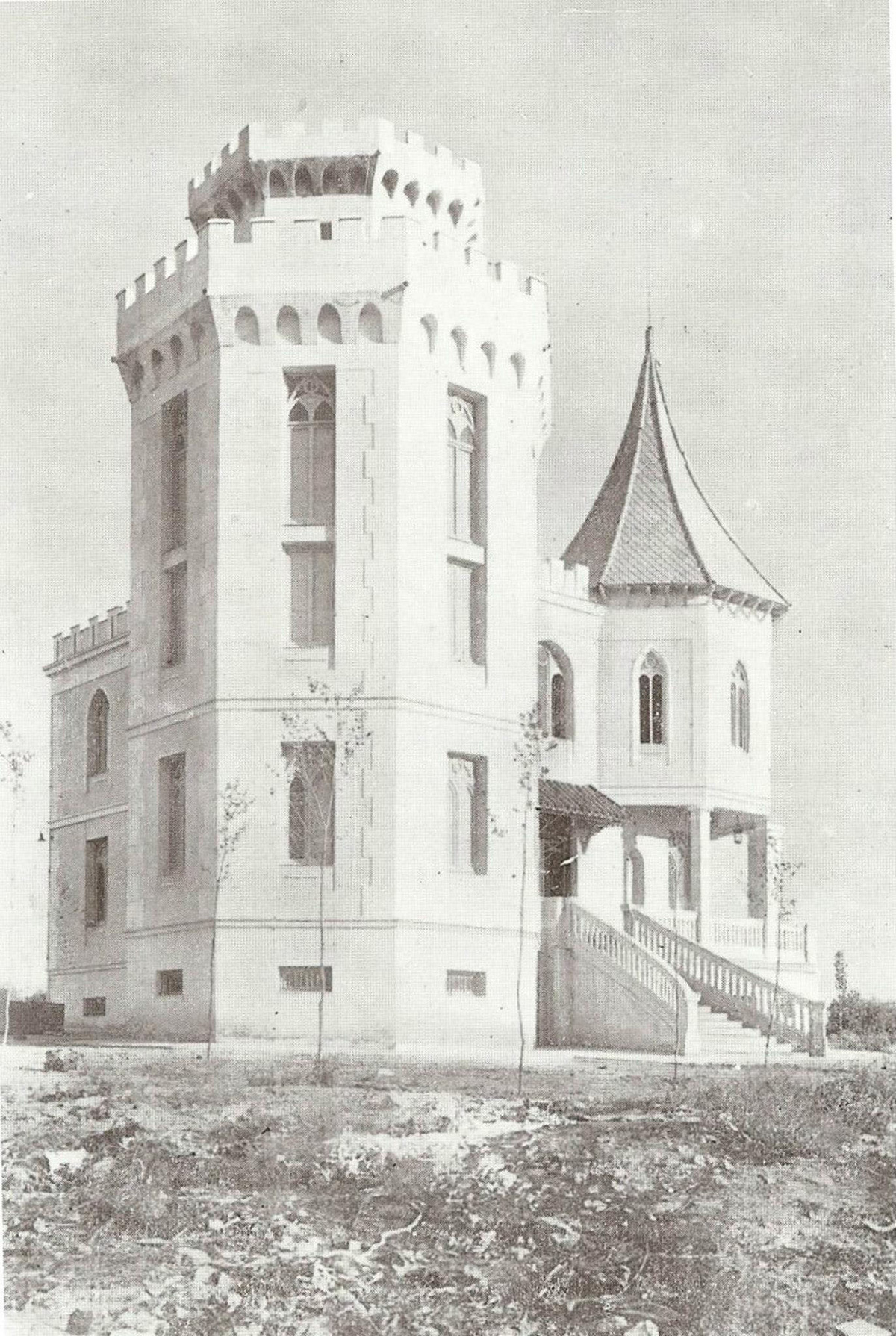 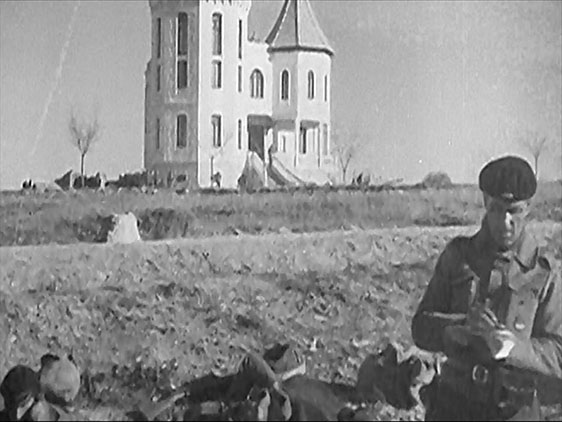 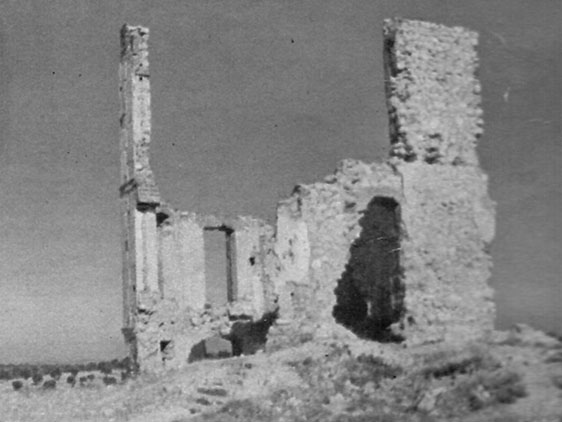 In this sector of the front – Supplement 6 of the route “The Secrets of the Greenway” – large trenches were dug to communicate the back of the 1st line with the front line.

Through these roads, food or ammunition was supplied to the 1st line, as well as being the means of evacuation or arrival of reinforcements in the event of an eventual attack. This way the soldiers could move from one side to the other without being seen.

This road is one of the most impressive works that can be seen in front of the Jarama. It connected the republican positions of El Milano with the hill of Las Canas. In this area, supplies arrived at the front from Morata de Tajuña. At present, approximately one kilometer in length is preserved. 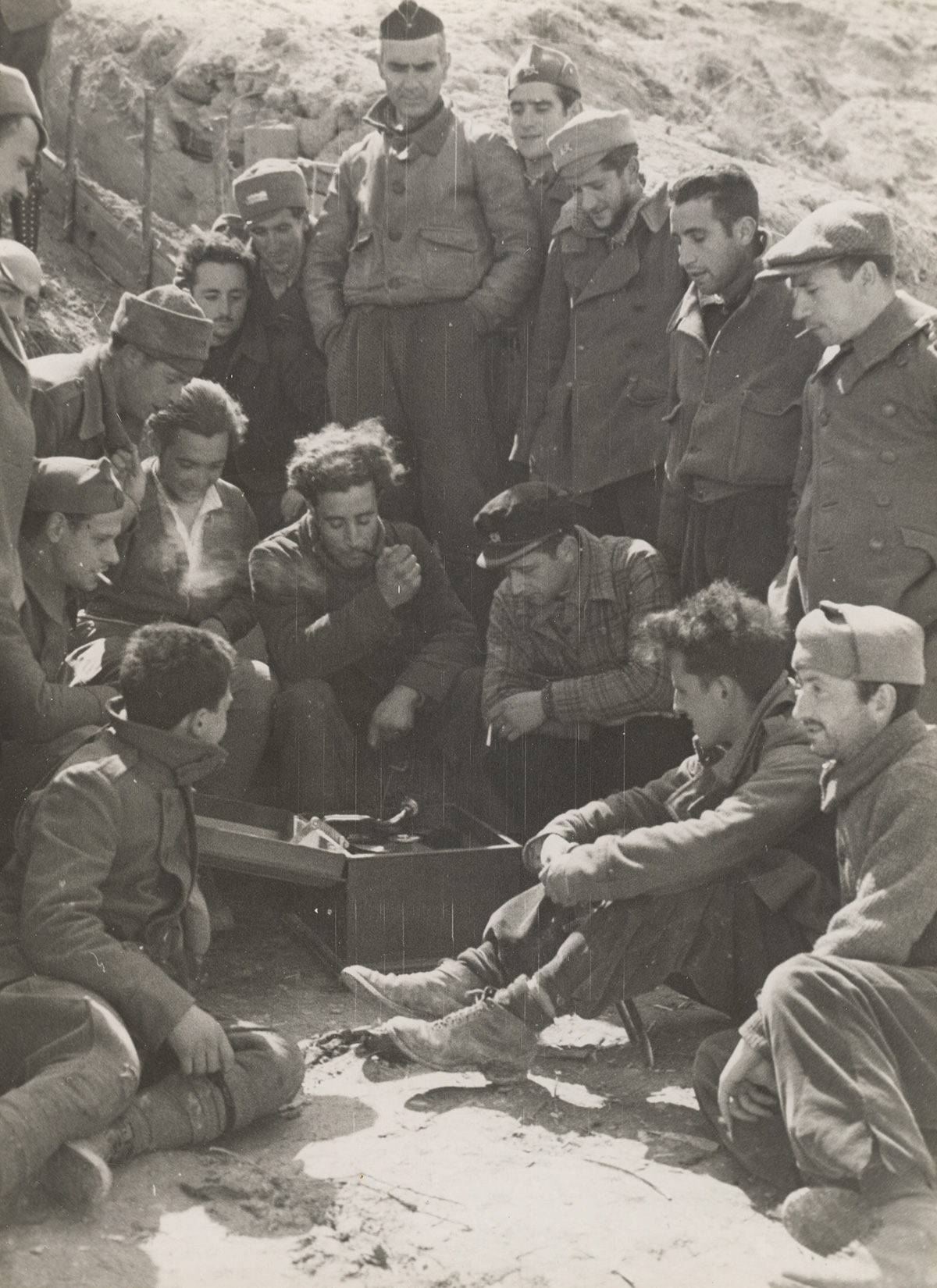 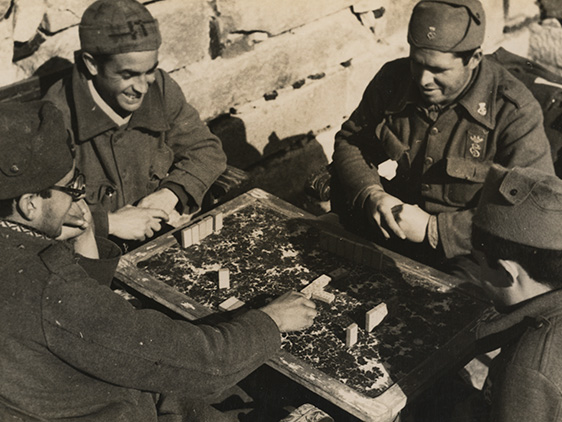 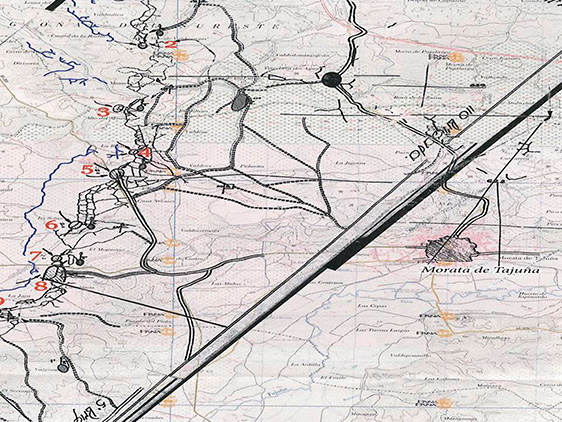 In view of the danger of a new Francoist offensive over the plains of Arganda and the Tajuña Valley, the Republican side began the construction of a second line of defense between Morata and Arganda del Rey in 1938. The main base was made up of 93 nests of reinforced machine gun like the one we can see – Element 7 of the route “Los Secretos de la Vía Verde” – and about 500 armoured “square posts”, similar to those we can see in the section going to Arganda (Elemento 4). In addition, an extensive network of entrenchments and shelters for the troops was built.

This fortification is made entirely of reinforced concrete with metal rods. It has a front machine-gun pocket, a rear access and two side loopholes. It is a standard model of the Republican Army widespread on the Jarama front.

Approximately 180 bags of cement, 19 m3 of sand, 41 m3 of gravel and the reinforcement that reinforced the concrete were used for its construction, along with the wood that was used to form it. The work could take between one and three weeks, depending on the conditions of humidity, temperature and cement quality. Its structure was able to withstand several impacts of campaign artillery. 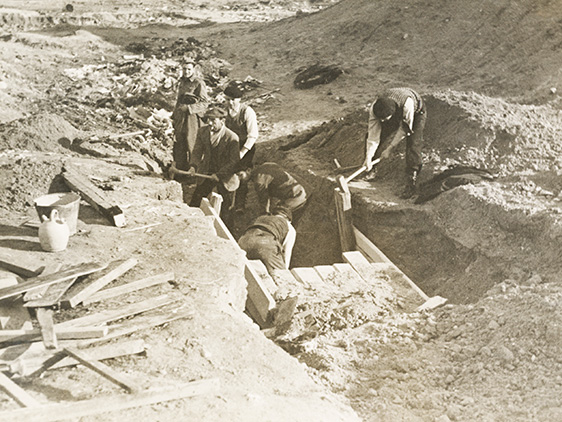 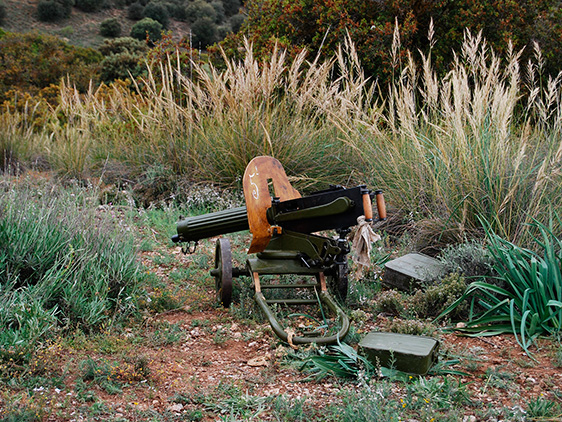 In front of the Jarama, taking advantage of the structure and characteristics of the terrain, it was usual to excavate caves, from small individual shelters to large caves (as we can see in the route “The Secrets of the Green Way”. Element 8) and tunnels that allowed to house squads or complete platoons, the installation of command posts, sanitary stations, warehouses, etc.

These excavations,  allowed to hide the troops from the enemy’s sight and offered good protection in case of bombing, and also, offered a certain degree of comfort to the soldiers who remained in them. These caves usually have many common elements, such as the existence of small holes to support the campaign equipment or personal objects or chimneys for smoke escape.

After the Civil War, this type of caves have had several uses. One of them, and very important, was the cultivation of mushroom, carried out until the mid-1980s of the twentieth century. 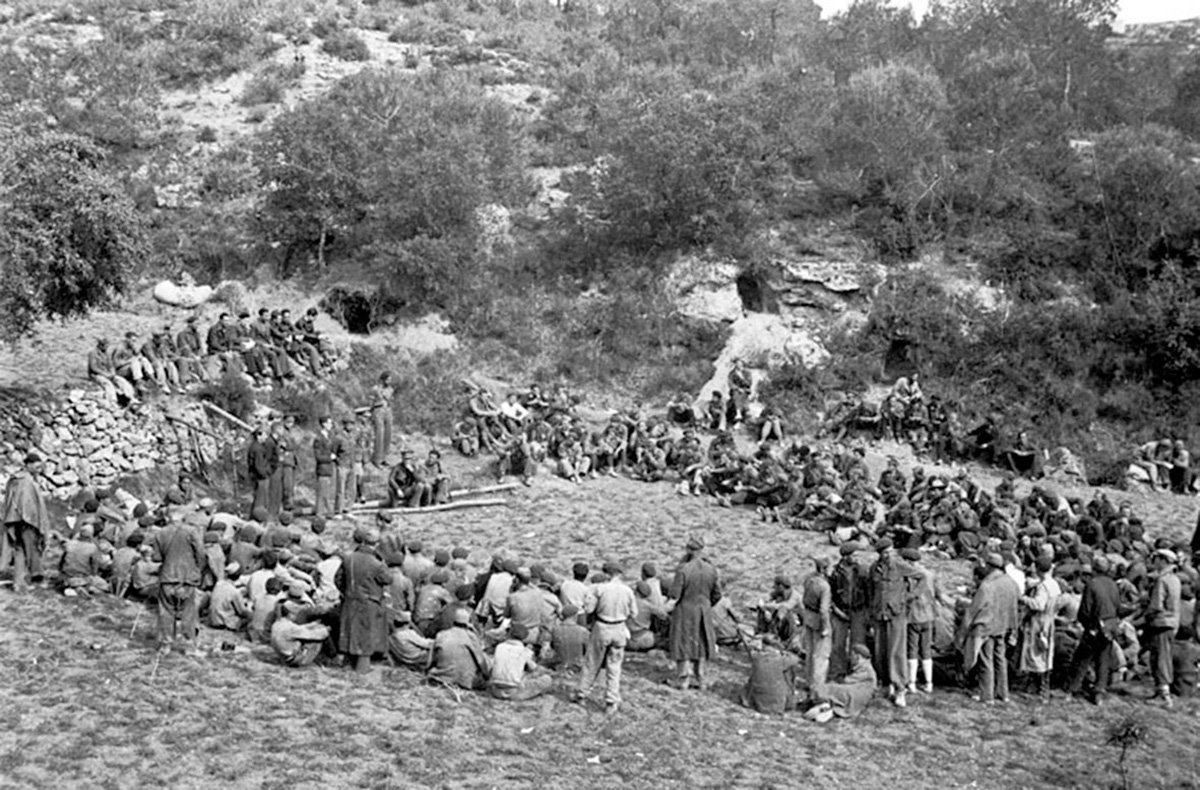 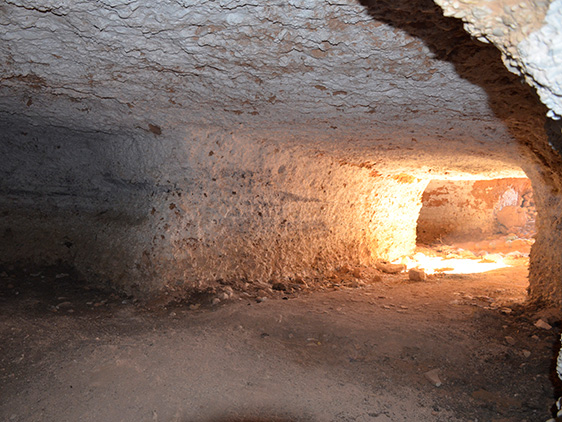 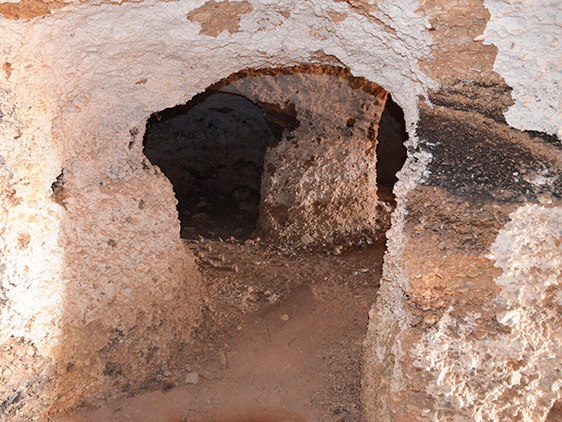