Hemingway in the Battle

When he was already a famous writer, thanks to ‘The Sun Also Rises’ and ‘A Farewell to Arms’, in 1937 Hemingway returned to Spain as a war correspondent. In his work as a reporter he met the dutch filmmaker Joris Ivens, who was shooting “Tierra de España” with John Dos Passos as scriptwriter. Ivens proposes Hemingway take on the work of Dos Passos. The Jarama Frontline is one of the axes of the documentary and Hemingway visits the frontline to get to know its protagonists firsthand. In The Spanish land the battle of Jarama takes on a singular importance, as images were shot in the middle of the battle, many of them from Morata de Tajuña and its surroundings on the battle front.

“In a hospital donated by the’ American friends of Spanish democracy’ located on the road to Valencia and behind Morata’s front, I was told:

-Raven wants to see you.

-We suppose not; but he wishes to see you.

-What room is he in?

– On one of the upper floor.

There they were transfusing blood to a man whose face was pale, his arm was missing and he was lying on a stretcher, he kept his eyes away from the red and bubbling contents of the transfusion bottle and complained in a very impersonal way: his moans were mechanical and intermittent and did not seem to emit them, as he did not move his lips”.

This is as Ernest Hemingway recounted his encounter with a fellow Pennsylvania national wounded in the Jarama battles in a Chronicle of War sent to the North American Newspaper Alliance on April 14,1937.

The American writer Hemigway refers to was the ancestral home of the Mac-Crohon family, which was used as a Blood Hospital during the war.

As far as the donation of American friends of Spanish democracy is concerned, he must have mistakenly associated the Mac-Crohon surname with Irish immigrants to the US 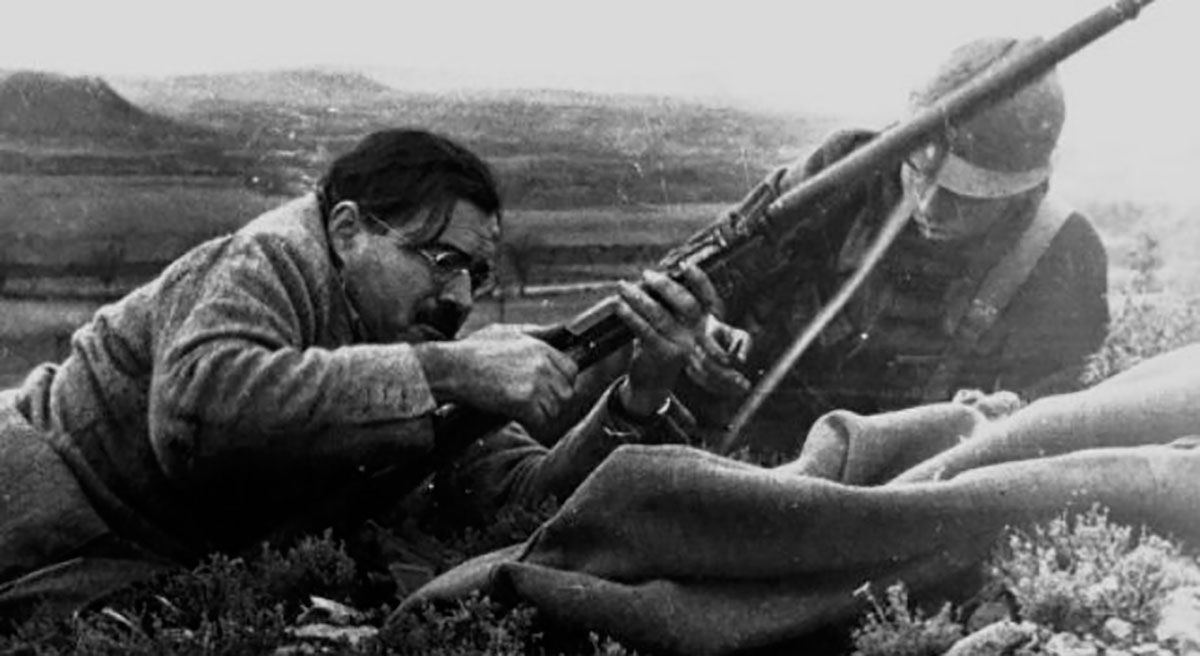