The present residence of the Taray Island has been, throughout the last three centuries, an industrial complex that has been dedicated to various activities, from a cloth mill to a paper factory, passing through the production of electricity at the dawn of the twentieth century.

The flour mills, located along the banks of the river Tajuña, were one of the oldest industries of the riverside villages.

The main mill that was in the borough of Morata since immemorial time was the one located in Isla del Taray. The importance of this mill was acquired by the Marquis of Leganés y Conde de Altamira, lord of the town, and important works were carried out in 1660.

The importance of this mill was acquired by the Marquis of Leganés y Conde de Altamira, lord of the town, and important works were carried out in 1660.

El Molino del Taray was reconverted at the beginning of the 18th century into a mill, initiating this activity that lasted until the middle of the 19th century. This situation favoured the implantation of textile industries in Morata, as it had a good element that favored it, such as the Tajuña River.

In 1792 the Royal Factory of Woven and Yarn was established in the village. Its fabrics were appreciated by the Kings and the public who approached the town to order and buy at the factory. The factory was in operation until the French invasion of 1808.

On October 9,1850, newspapers of the time record the inauguration of a new project located in Morata, sponsored by the Combé family. Although, the economic difficulties were insurmountable for the businessman, since in a little more than 2 years the auction of the factory furniture took place. 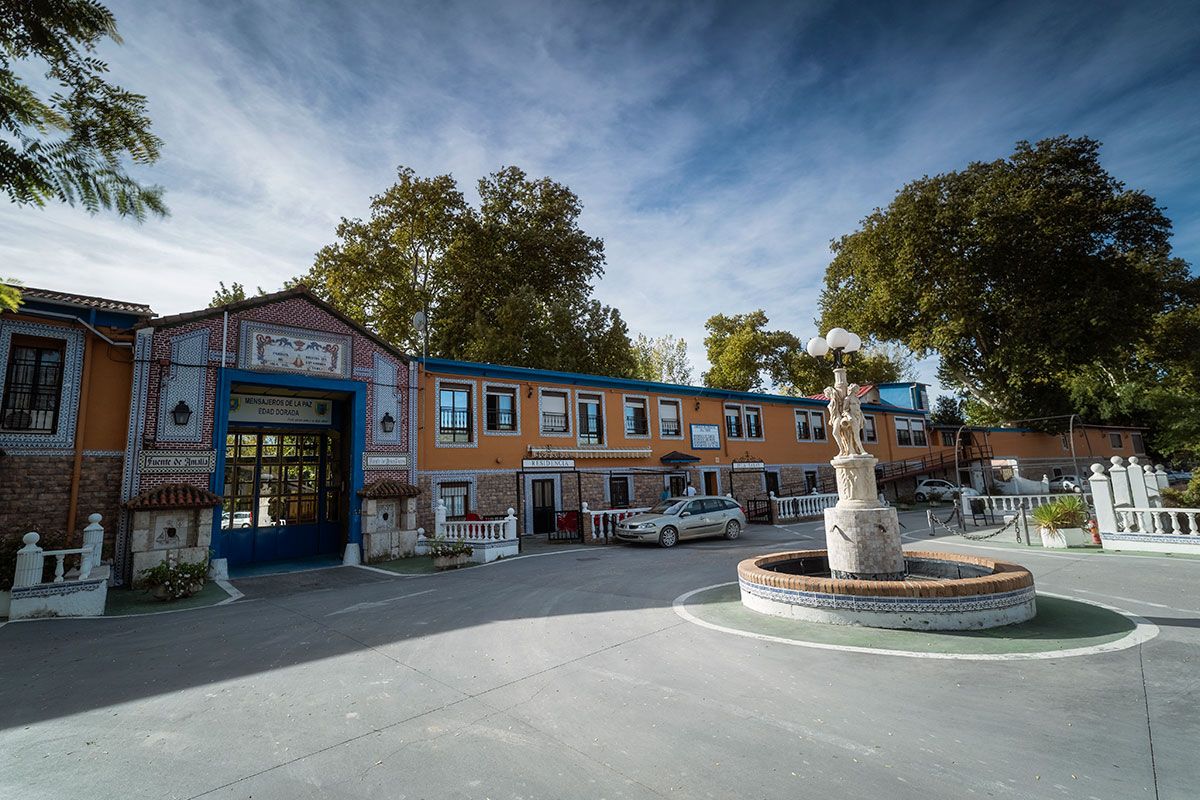 A new initiative was to be forged around the 1860s. The Morata de Tajuña Continuous Paper Mill. The paper mill, now owned by the company Velasco, Romillo and Cia, was back in operation, but with an important nuance. It was no longer just a question of making cardboard or various types of paper for different uses, but of focusing on the production of continuous paper, i. e. large rolls with one main target: newspaper companies.

The company managed to become a supplier of some of the most important newspapers of those years, such as El Imparcial or La Correspondencia de España. The smooth running of the paper mill was cut short in 1878. A fire, which spread in the early morning of August 15, was a serious blow. After the fire, the paper mill was rebuilt. It was one of the best erected factories in Spain, able to compete with those abroad, and in which its owners did not omit the means to implement the technological innovations that followed. It had an annual production of 900,000 to one million kilos of paper. Daily occupying between 140 to 150 workers between men and women.

In 1922, Papelera del Tajuña was once again auctioned, thus ending what was its main activity since the middle of the nineteenth century with different companies: paper production.

In the second decade of the twentieth century, it was the company Marín Hermanos that took charge of the facilities for processing cotton wool and regenerates. It is also noted that electric light was produced on Taray Island. This activity of the industrial complex was already associated with the facilities since the beginning of the 20th century. 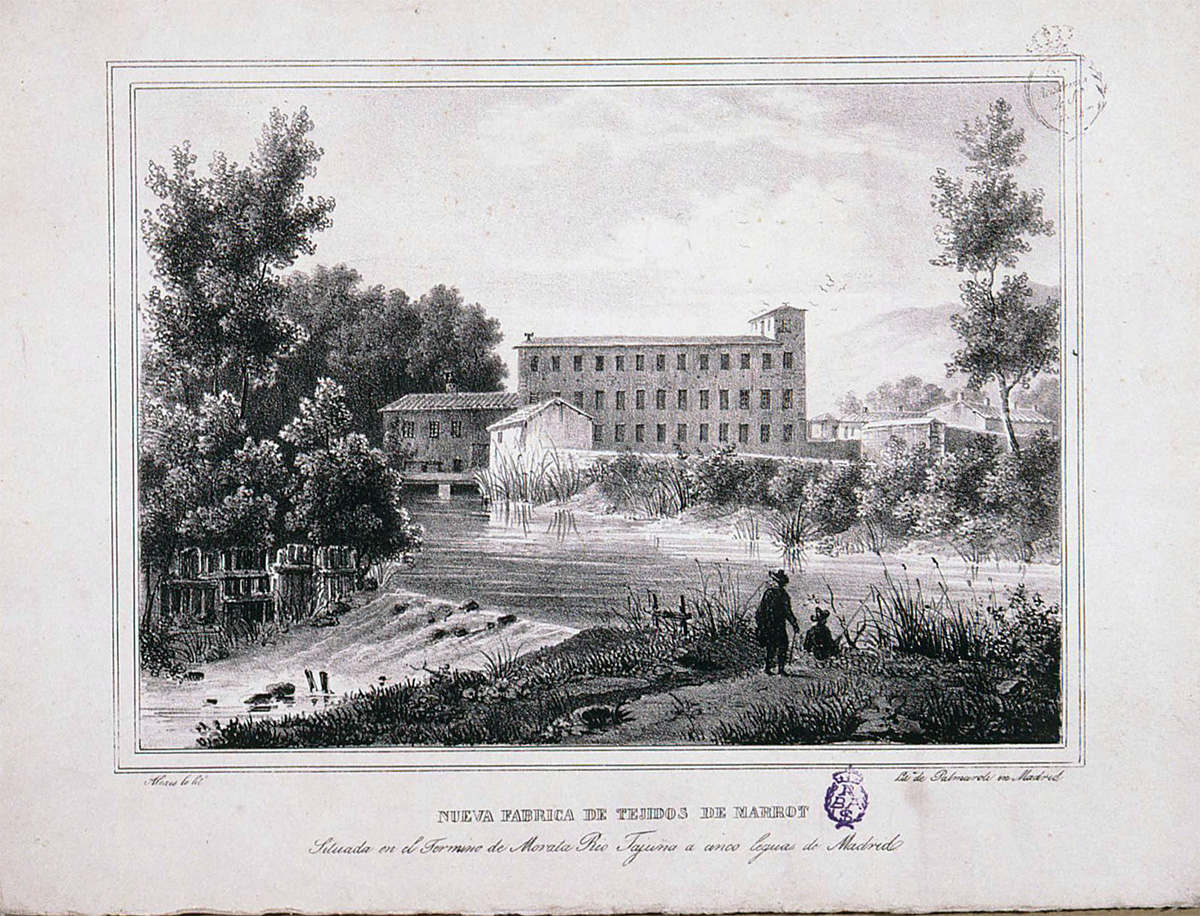 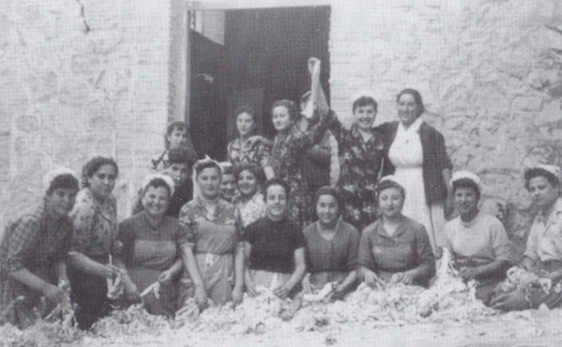 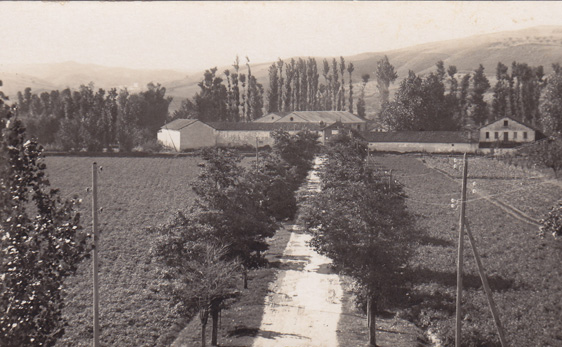 In fact, next to the light that was produced in the mill of the Huerta de Angulo, Morata’s supply also came from the old mill from the late nineteenth century and published El Imparcial on June 13,1898: “In Morata de Tajuña the electric lighting has been inaugurated. The neighborhood celebrated the improvement with music, public dances and other rejoicing”.

After the end of the Civil War, in which the buildings were used as the headquarters of the Republican General Staff, the scarcity of raw material caused the borra and regenerated factory to go through a few years of prosperity. The reuse of rags and other discarded fabrics for the manufacture of borage remained their main activity, which, according to personal testimonies, required a prior process of selection of the materials reused by colours, quality and raw material. This work mainly employed workers from Morata and other nearby villages who, in some years, managed to exceed one hundred and fifty people.

This activity lasted until 1975. After years of decline and abandonment, with the progressive deterioration of the installations, the space of Isla Taray hosted a ceramics workshop and, definitively, the old people’s home promoted by Father Angel and Messengers of Peace, which was inaugurated in 1988 and which has prevented these buildings, so closely linked to Morata’s history, from disappearing from the local heritage.

In the heart of the current residence complex stands a specimen of Platans x Hispanicae, a shade banana inventoried in the Catalogue of Trees unique to the Region of Madrid.

This majestic tree of wide crown, which begins to branch 3.5 meters from the ground, has up to 20 main branches at different heights, which has made it reach a height of 39 meters with a crown diameter of 38 meters with a perimeter in its trunk of 4.60 meters.

It has been calculated to be 150 years old. Of uncertain origin, this species is supposedly obtained by crossing the American banana (P. occiddentalis) and the Asian banana (P. orientalis) in 18th century Spain.

The banana shade, is a monoic tree, deciduous, with open branches and wide crown. Its trunk straight, elevated and thick. Its smooth, smooth, soft and thin bark, between grey and green, chestnut in the old trunks, is detached in thin and irregular plaques forming a characteristic mottled. The branches are glabrescent, the garment of starred hairs, and the buds are densely tomentous, while the buds are oocytic-conical in shape and covered by a single scale.

The leaves, similar in shape to those of maple, have dimensions of 12-22 cm long by 12-30 cm wide. The fruits are small achenios grouped in globose and “hairy” infrutescences of about 3-4 cm in diameter, similar to a chestnut before opening. They ripen at the end of summer, remaining on the tree until the following spring.

The banana symbolizes the protective shadow that generates wisdom. The greeks and romans spread the banana throughout wide areas where it is still highly appreciated in the ornamentation of parks and avenues in towns and cities, inviting to stroll under the benefactor effect of its shadow. 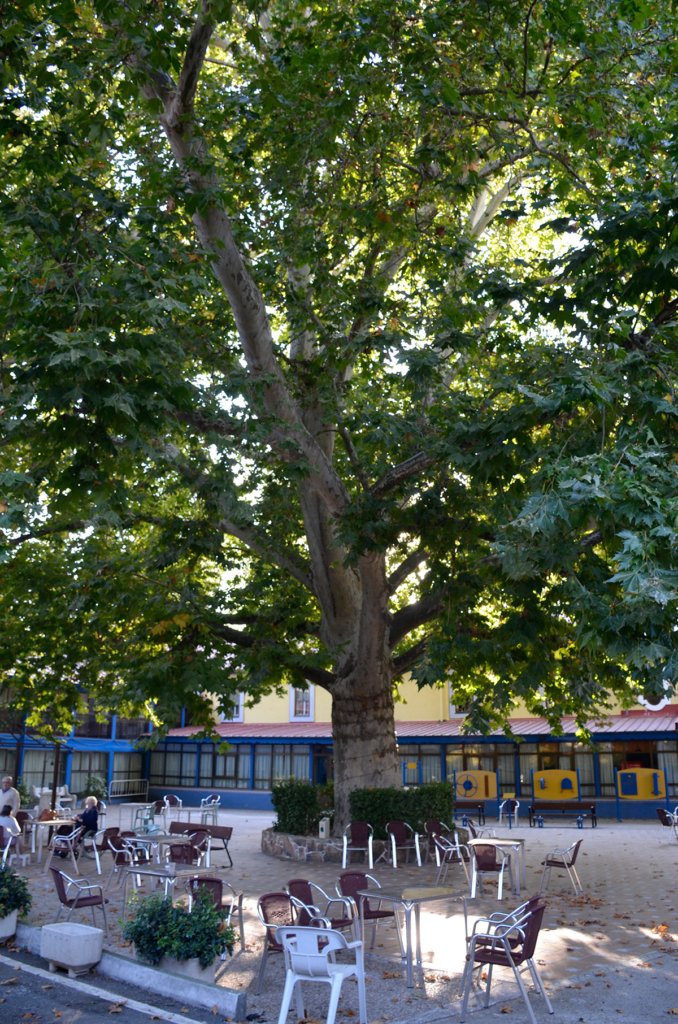