Formed mostly by Americans, Canadians and Cubans, the Abraham Lincoln battalion was one of the most legendary units on the Republican side of the XV International Brigade.

With the battle at its peak, they arrived at Morata in the early morning of February 16,1937, being transferred from the village, at night, to this position at the rear of the front. They dug a rudimentary trench – which can be visited on the route “The Secrets of the Greenway” (Element 3) – with the help of their helmets and bayonets as they do not have peaks or shovels. They were not very sure where the enemy was, so they dug in all directions, resulting in a triangular or trapezoidal trench. The next morning they would realize their mistake, had dug up a hill and had the sun on their backs, making them a perfect target for enemy snipers. They occupied this reserve position until their transfer to the 1st line of fire on February 22nd.

They had their baptism of fire the next day, participating in a secondary attack to support the assaults on Mount Pingarrón. On February 27th, they would star in the last republican attempt to break the front line in an almost suicidal attack against Franco’s positions, resulting in 127 dead and 200 wounded.

It is a fact that in the Abraham Lincoln Battalion it was the first time in American history that black and white soldiers fought together. In addition, Oliver Law was named battalion commander, making him the first African-American to command a unit of white American troops.

In late March 37, a volunteer member of the British Battalion of Glasgow, Alex Mac Dade, wrote the lyrics to a song that would immortalise the presence of the Abraham Lincoln Battalion in the Spanish Civil War. The music came from the film “Red River Valley”. At first the song was for the British Battalion, but eventually the Lincoln owned it.

There’s a valley in Spain called Jarama
It’s a place that we all know so well
It was there that we gave of our manhood
And so many of our brave comrades fell.

We are proud of the Lincoln Battalion
And the fight for Madrid that it made
There we fought like true sons of the people
As part of the Fifteenth Brigade.

Now we’re far from that valley of sorrow
But its memory we ne’er will forget
So before we conclude this reunion
Let us stand to our glorious dead. 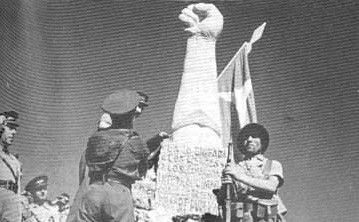 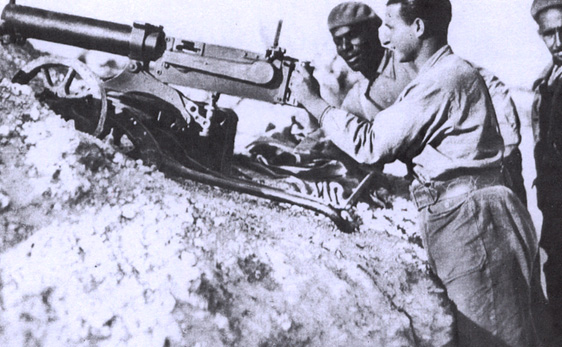 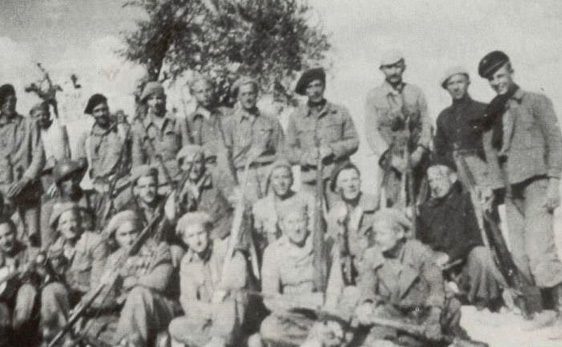