The Green Way of the Tajuña was created in 1999, the first of its kind to be created in the Community of Madrid. They are, in total, 49 kilometers that cover a large part of the Tajuña valley, passing through villages such as Carabaña, Ambite, Orusco, Tielmes or Perales de Tajuña, apart from, of course, Morata.

Created with cycling track asphalt, it offers unbeatable conditions for cycling. Closed to traffic and with rest areas along the route. It is highly recommended for hiking or a simple stroll around the surroundings of Morata, apart from the fact that all this also means that it can be adapted for people with any disability or reduced mobility.

The Green Way of the Tajuña, which runs along the old track of the Arganda train, is yet another link with the capital, following the same route as that of the train that kept Morata and its fertile plain inextricably linked to each other. This union can be made today through cycling (with a level of demand and adequate preparation, of course) since by means of Metro de Madrid line 9 -consulting previously the protocol of permits to carry bicycles in the wagons- that arrives in Arganda, you can start the cycling route that will take the traveller through the entire Vega del Tajuña.

The Secrets of the Greenway

Its layout and its surroundings through the olive groves in the valley of Tajuña, which one day crossed the old Tajuña railway when it passed through the municipality of Morata de Tajuña, have been inherently linked to the history of the village. In its route, or very close to it, you can still contemplate the railway stations, vestiges of our mining and industrial past, among which we can see old lime kilns, cut from the old quarries and the singular buildings of the Taray Island, with a long and varied industrial trajectory always related to the waters of the Tajuña River.

In addition, other secrets are hidden in the proximity of this road. They are vestiges related to one of the most decisive battles of the Spanish Civil War, the battle of Jarama, fought in February 1937. Abundant remains of trenches, forts and shelters flood our municipal territory and some of them are located near the Way.

The elements that can be visited in the two proposed sections are suitably signposted, being able to find ample information about them through the informative panels that are at the foot of them. 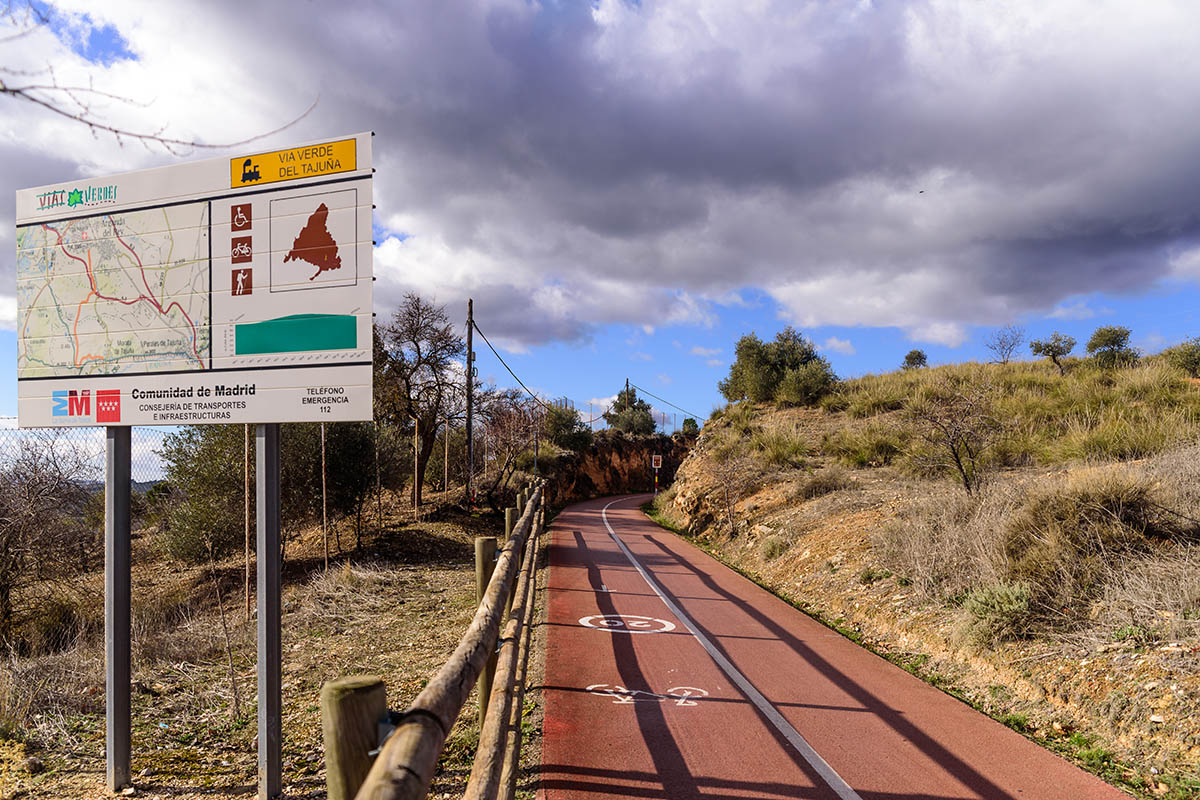 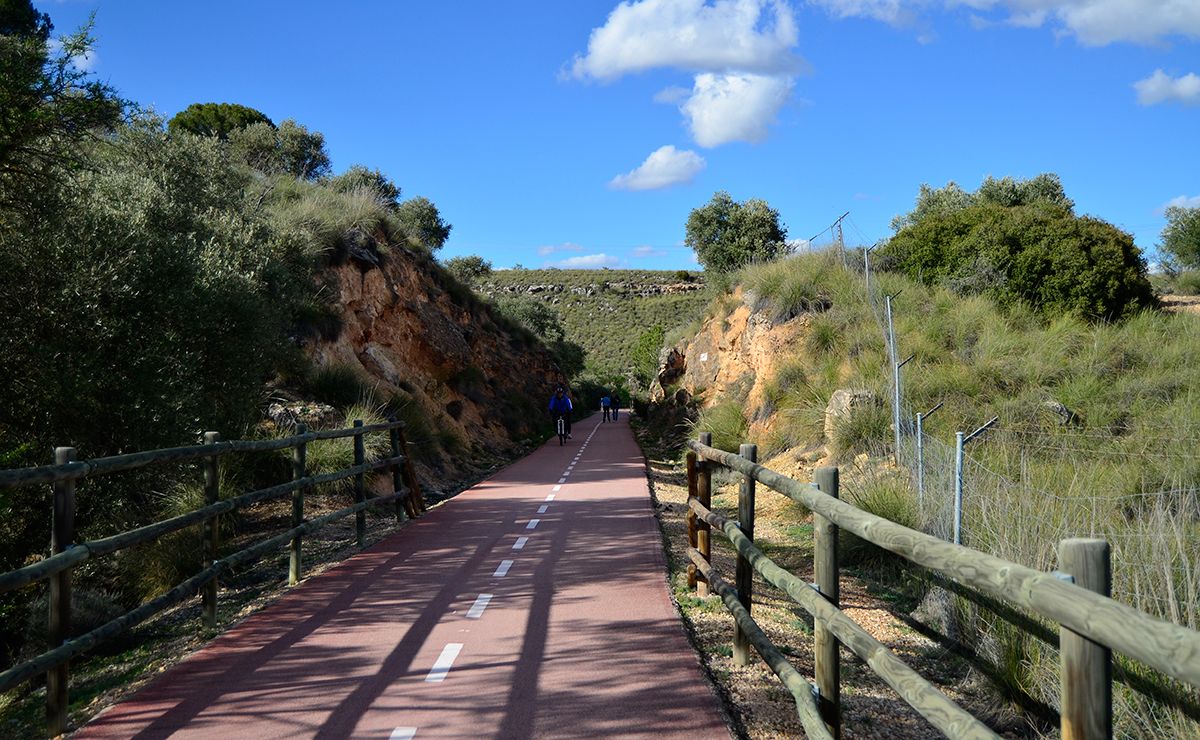 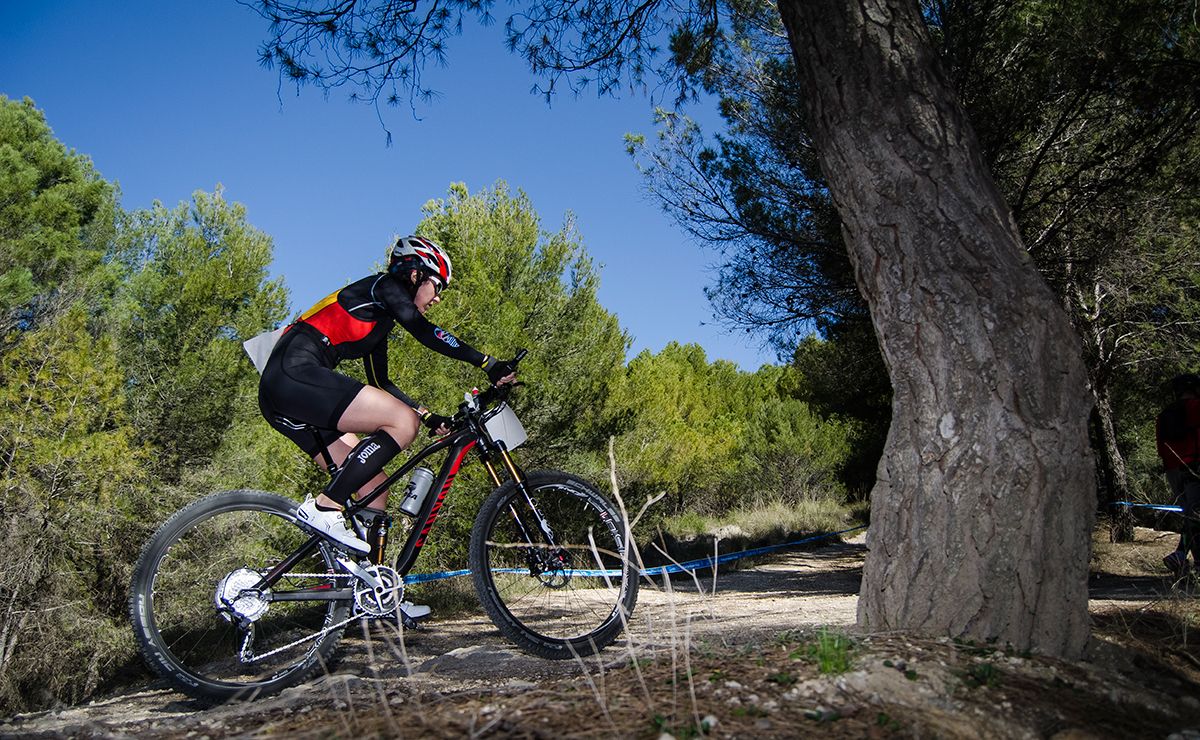 This section of the Way offers us a view of Morata’s industrial history, visiting the old Cornicabra railway station, linked to its adjacent quarries and the old lime kilns.

The battle of Jarama left visible trenches – the first to be excavated by members of the legendary Abraham Lincoln battalion -, various forts built after the battle and a curious “covered road”: a trench nearly a kilometer long that was used by the Republican troops as a rearguard connection to the front line through which they were supplied undetected. Up to this point we will have covered 8 km.

On this stretch of the road to Perales, we can see two vestiges of what was known as the “2nd Jarama Defense Line” built by the Republican army: a machine gun nest in excellent condition and an immense cave where the troops were kept.

We can also visit the Taray Island Complex, which is currently a nursing home, but has a long history, of being a flour mill, cloth mill, paper and electricity factory, among other uses. Inside, you can see a surprising and gigantic shade banana included in the Catalogue of Singular Trees of the Region of Madrid.

The Railway and quarries