The present chapel of the patron saint of Morata, Nuestra Señora de la Antigua, is an oratory whose construction dates from the seventeenth century. It is built on a pre-existing chapel dedicated to San Sebastian, which dates back to the 16th century, as recorded in official records from the reign of Felipe II.

The interior of the temple is formal and recollected, consisting of a single nave presided over by the patron saint of Morata and on one side of the altarpiece is the image of San Sebastian, to whom the temple was originally dedicated, but was “evicted”.

Throughout the 16th century, coinciding with the arrival of Morata’s patronage at the hands of the Marquis of Leganes and Count of Altamira, the cult of San Sebastian was losing popularity. It is said that on September 7, a storm hit the town, causing terrible damage. The next day the Count visited the village accompanied by his son, to see firsthand the devastating effects of the storm on the village. Near the chapel of San Sebastian, which had been seriously damaged, the boy found an image of a crown that looked like a doll, but was later deduced that that was the image of a Virgin, which had been dragged by the downpour. It was then that San Sebastian was evicted and a hermitage was refounded in its place under the patronage of that Virgin, the Virgin of Antigua. Since then, that day has been fixed as the Patron Saint’s Day. A day that the Morateños celebrate every 8th of September. 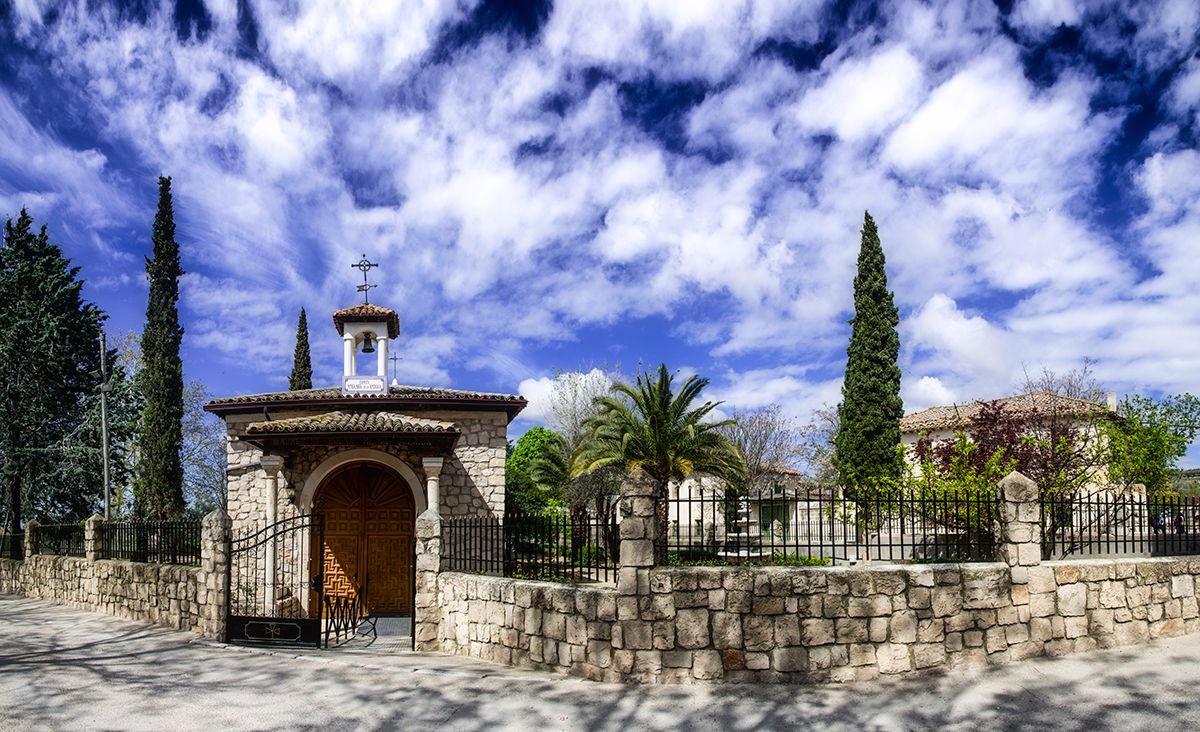 The saint of Morata is San Isidro Labrador since the middle of the twentieth century, to whom people were very dvoted to since he was thought to be the protector of farmers and their crops.

The image of the Saint is in one of the side chapels of the church. This carving comes out in pilgrimage every 15th of May to El Bosque, north of the village, where its hermitage is located and where the Holy Mass is celebrated.

On that day a good number of activities take place organized by the Brotherhood of San Isidro and San Antón and by the City Council of Morata, highlighting the competition of tractors, sporting events, or the auction of agricultural products for the benefit of the Brotherhood.

It is a very participative day, because a large number of groups and clubs come together with the Saint preparing their stews and accompanying him throughout the festive day. 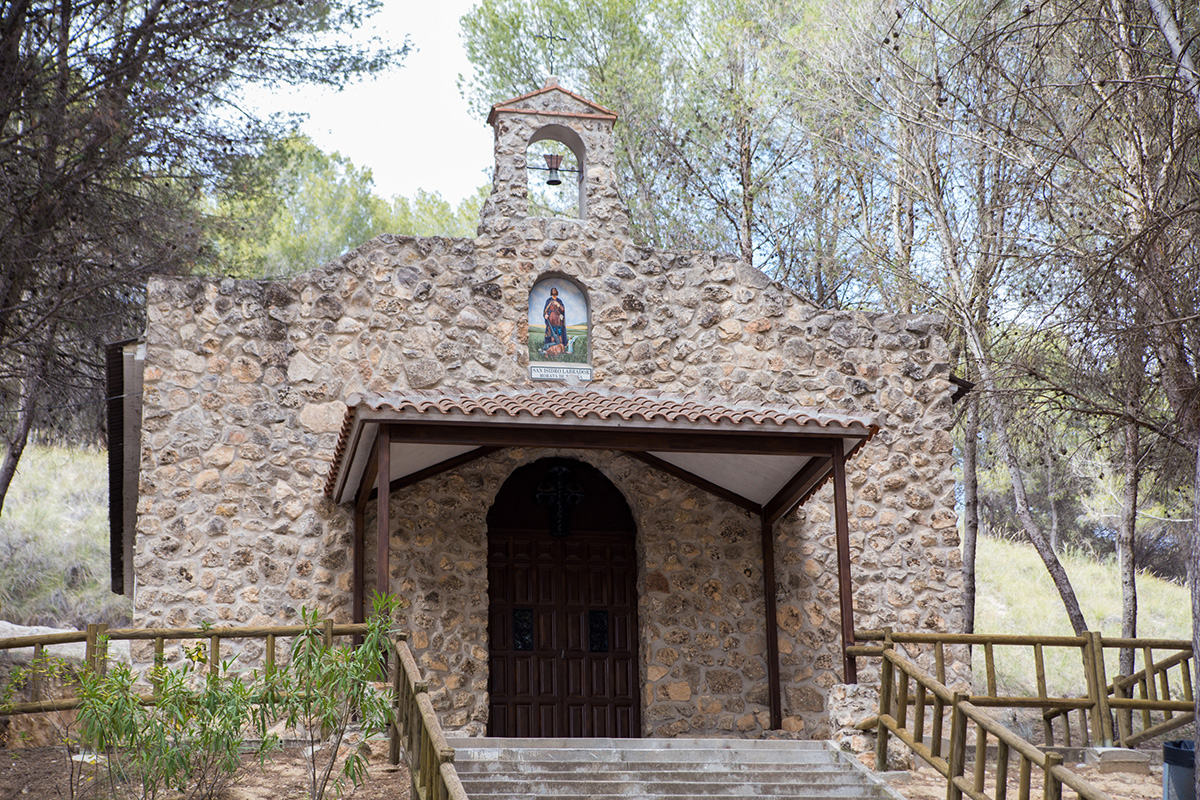 Chapel of the Virgen of Fátima

Barely separated from the Church by a few hundred meters, already in direction to the neighboring town of Perales, and located in front of the municipal cementery, is this other hermitage Morateña.

Of a much more austere character and close to popular architecture than the one erected in honour of the Virgen de la Antigua, but not without particular beauty, it is a temple dating from the seventeenth century. Although in 1927 it was restructured due to the bad state of that part of the hermitage.

It had double affiliation (virgins of Soledad and Fátima) since post-war times. Until the Civil War, in its altarpiece were venerated images of Our Lady of Soledad, the Cristo de la Vega and Our Lady of Las Nieves.

All o this was lost (it is presumably destroyed) during the Civil War, it was in 1948 when the image of the very popular Virgin of Fatima was acquired, which is venerated today in its altarpiece. 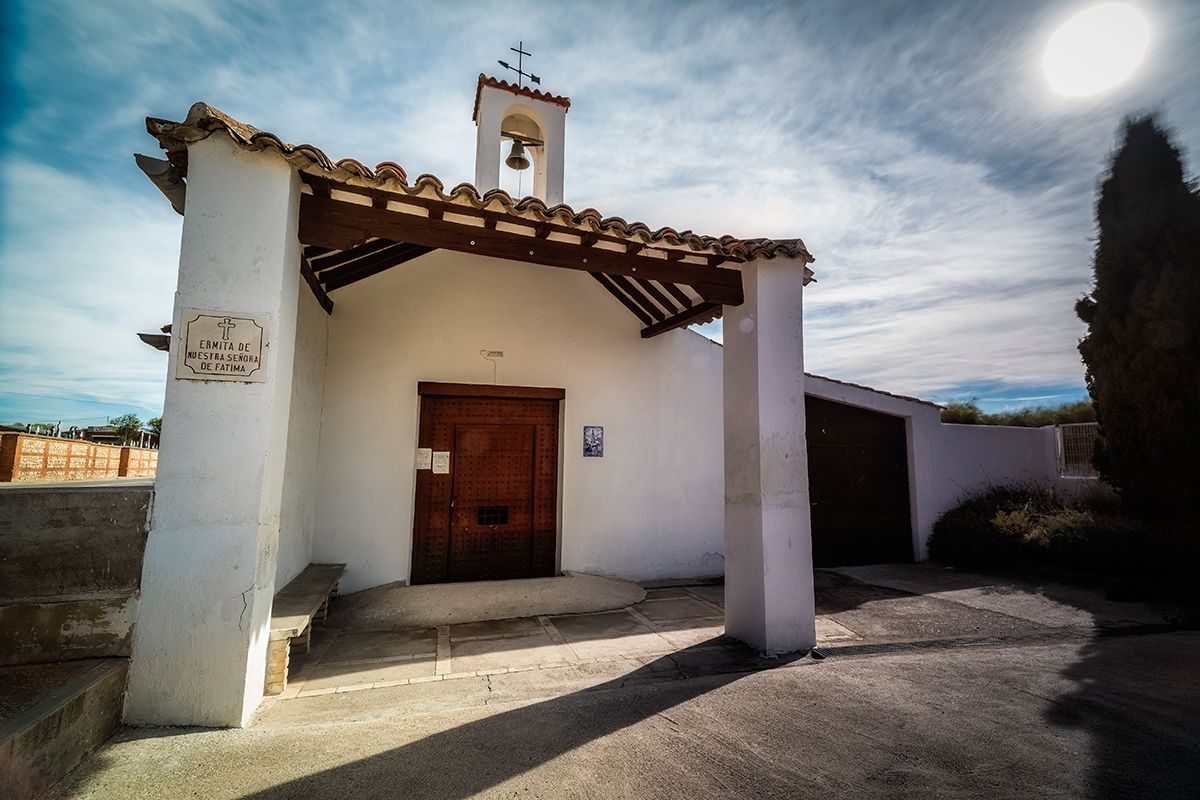 Located in the street to which it gives its name, very close to the Church, the temple is of a single nave finished in a simple altarpiece with the image of Christ and a small sacristy in the background.

It is a chapel bedecked as another building in the middle of the street, and whose only visual reference to recognize it is a window in the shape of a cross on its front, due to the fact that in a remodeling the brick front was covered, which can camouflage it as another house, although, despite its modern appearance, it dates from the second half of the seventeenth century.

According to the legend, a vagabond who stopped to sleep in the plasterwork that was where what is now the oratory, before sleeping, painted on a wall Jesus Christ to pray to him. When the workers arrived the next day, they erased the image, but the image reappeared. They repeated the action, but the image did not disappear, so the locals decided to build in the place the hermitage that we know today. 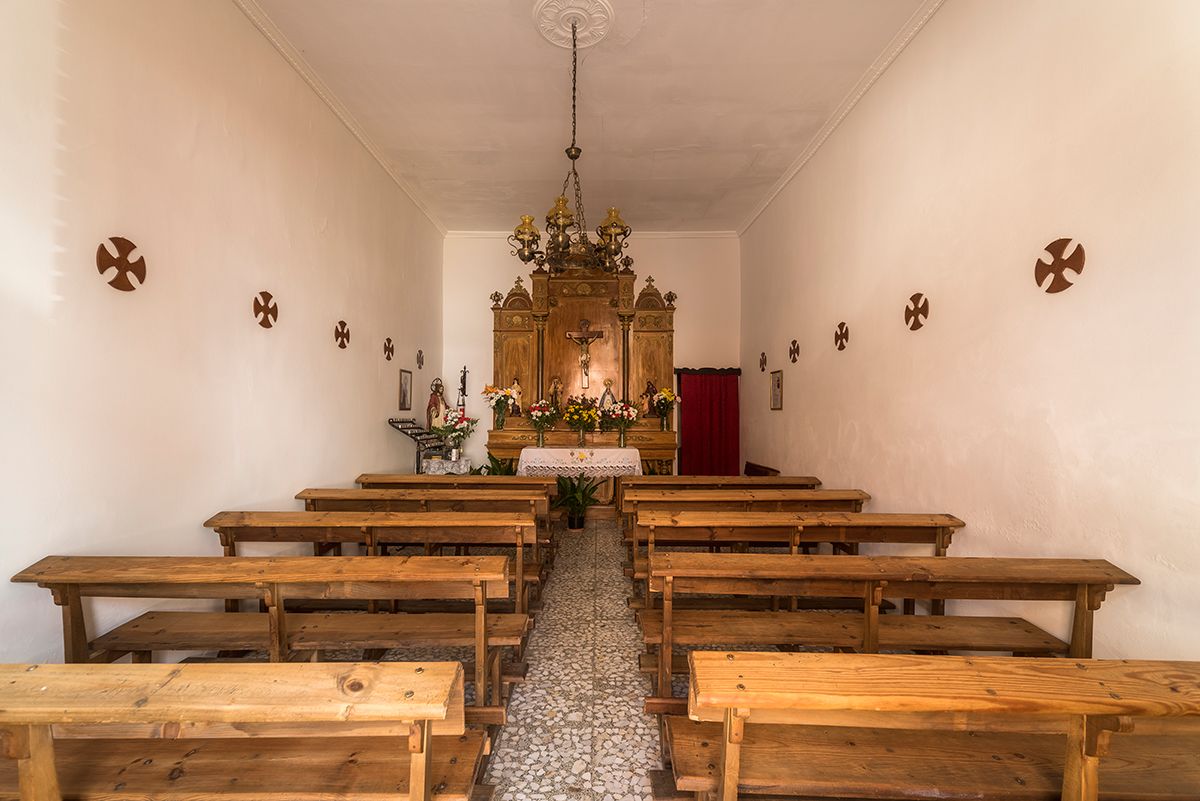