In the Community of Madrid, in the areas close to the main watercourses, there are remains of old mills that in the past played a leading role in the life of the villages.

In the Tajuña valley, at least since the 12th century, the existence of an important network of hydraulic flour mills has been documented, covering the natural course of the river which remained active until the 1960s.

The Huerta de Angulo Mill is one of these Tajuña mills that, for centuries, supplied flour to the villages of Las Vegas. The current building dates from the beginning of the 18th century, although one can sense the existence of an earlier building that could have been built two centuries earlier.

With two superimposed bodies, the central one contains a milling mechanism. The two heights culminate in a gabled ceramic tile roof.

The building had different owners and tenants, being known throughout time as Molino de Abajo or Molino de la Huerta de la Vega, when it belonged to the house of Altamira, owner of the manor of Morata and also owner of the mill of cloths of the Taray island.

In 1888, it was reformed by Diego María Jarava, improving its services and relegating to abandonment another device of the municipality, the Sunken Mill.

But it was at the beginning of the twentieth century when the Mac Crohon family expanded its facilities with a turbine for the generation of electrical energy, which gave rise to the chimney that now presides over the building and which served until 1984, when it fell into disuse. 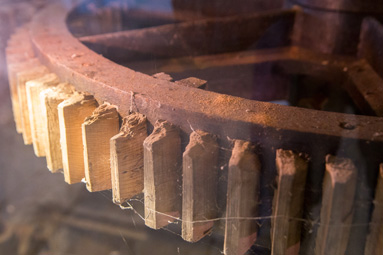 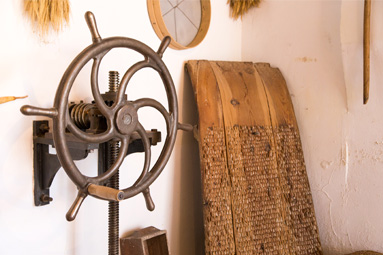 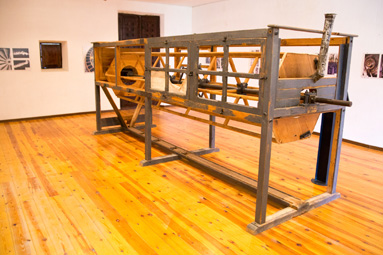 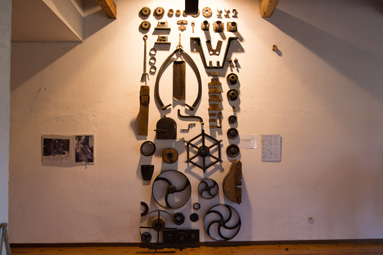 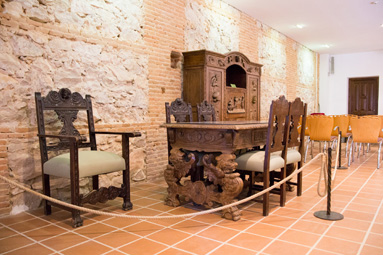 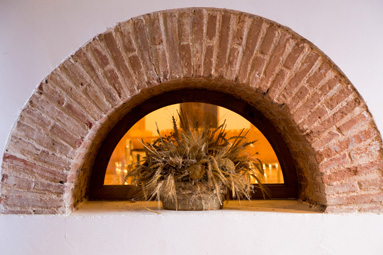 Since inmemorial times, the inhabitants of the Tajuña valley have used the river to grind wheat and barley and obtain flour. A fundamental task in every community and which the miller was in charge of. It began its activity with the cleaning of wheat or any other cereal, drying it in the sun and then taking it to the milling room.

Frequently, the grain belonged to the customer of the mill, so that the so-called “maquila” was made, i. e. the part corresponding to the miller in return for his work was set aside. This payment in spice was always made with the traditional measures of the fanega, the “cuartilla” and the celemín, indispensable in a mill, and that oscillated according to the price of the grain, the epoch and the characteristics, between 4 and 8% of the quantity that was milled.

After pouring the cereal into the hopper, it went down the gutter, regulated by the miller to control the quantity, towards the eye of the millstone or flock. From the miller’s skill and craft it depended to obtain a milling of greater or lesser quality with his handling of the relief, his dexterity in fixing the distance of the stones and in keeping them in good condition with the works of mending.

Once the wheat was introduced between the millstones, protected by the dust cover to avoid its spillage, the incisions made in the upper one directed the milled wheat towards the outlet and the flour or directly to a sack.

Apart from the fundamental work of repairing and maintaining all the parts and components of the flour mill, the person in charge also had to clean the mill’s ditches in order to make the most of the water flow, which is not always abundant at all times of the year.

During this period there will be four guided tours in which visitors will be introduced to the knowledge of the Huerta de Angulo Mill and its influence on local life, understanding its spatial-temporal coordinates and vocabulary on the mill installation.

Registration: Via e-mail museodelamolineria@inversa.org.es, or telephone 663 892 801.

Outside the usual hours: For schools, institutes or groups of more than 25 people, arrange a visit.