The Town Hall of Morata presides over the town’s main square. In its stylish mixture of elements, the limestone and forging work give an austerity appearance not without beauty to this building that exemplifies the architecture of the late nineteenth century.

The building, which consists of two floors, has a separate front in spaces, something very common around 1896 when it was erected.

On the first floor, six rough pilasters of limestone that appear to support the entire building, give shelter with a porch before the entrance. On the second floor, the doorway is now a slender balcony, framed by a railing and six other columns, in this case finely worked in iron.

The building is crowned by a tower with a clock (characteristics very similar to that of the Madrid Regional Government’s headquarters in Puerta del Sol) that once looked even more splendid, before a restoration was carried out in 1961. Although the interior also underwent a major refurbishment in the 1990s, the building’s installations were adapted to the municipal services of the current era. 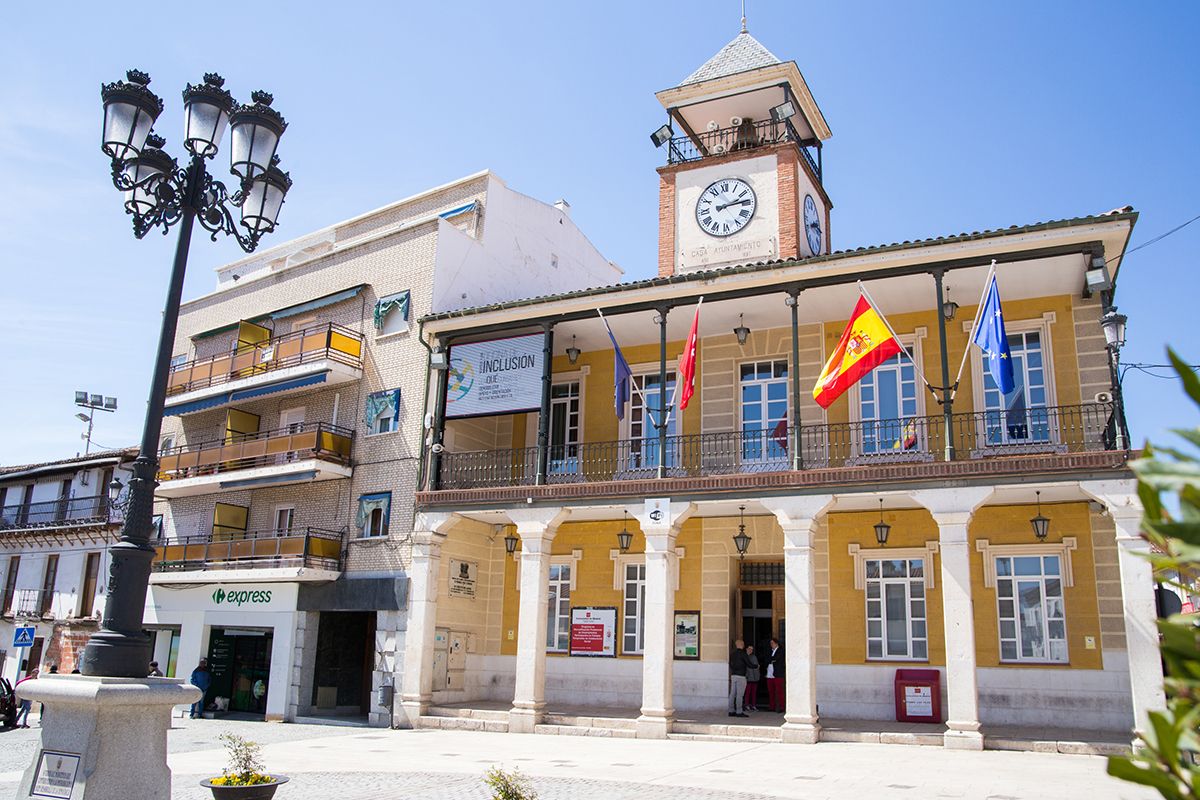