A Whole Year of Celebrations

There are numerous dates marked in the calendar of the people of Morata. Many of them are related to religious celebrations, but also to cultural days or the promotion of values or products, the truth is that Morata de Tajuña is a town in which there are events for all audiences throughout the twelve months of the year.

In the beginning of the year, after the traditional Kings Parade is marked by the festivity of the patron saint of animals. Every 17th of January, or on the Sunday closest to that day, the festival of San Antón or San Antonio Abad is celebrated. The Brotherhood of San Isidro and San Antón summons children and adults to the door of the church, where every animal that comes is blessed by the Saint. From the multiple pets, through horses, mules, sheep, pigs and the strangest animals, they receive their prize after receiving the blessing.

In February or March, every year, Morata de Tajuña has a date with the Carnival, whose main event is the parade of the Carnival and its subsequent competition. It is also important to celebrate the funeral of the sardine.

The acts on the Passion, Death and Resurrection of Jesus begin in Morata on the Friday of Sorrows, prior to Holy Week. On that day, the image of the Virgen de la Soledad is also in parade from the Church, a beautiful wood carving of great devotion among the people. The Brotherhood of Our Father Jesus Nazarene is in charge of its worship and ornament.

Holy Week begins as such with Palm Sunday and the Blessing of Las Palmas in the parish church, continuing that afternoon with the traditional Via Crucis, from the Parish to the place of Las Cruces (built in 1888, and representing the three crosses of Calvary), north of the town. The singing of the fourteen seasons stands out, with a popular copla that narrates the sufferings of Christ until his death, of great originality and beauty.

On Holy Thursday, before the performance of the Living Passion, the Offices are celebrated and Adoration of the Blessed Sacrament begins in the popularly known as Monument. It is an altar prepared in one of the side chapels of the Church, where it is watched over for 24 until the Holy Friday by the brothers of the Brotherhood of Our Father Jesus Nazarene and the Brotherhood of the Blessed Sacrament.

On Holy Friday takes place the Silence Procession, in which the steps of Jesus de Medinaceli, Jesus Nazareno, the Vera Cruz, Jesus buried and the Virgin of Soledad, a valuable carving.

On Holy Saturday the Easter vigil is celebrated in the parish church, lighting a large bonfire outside and ringing the bells announcing the Resurrection of Christ. And Easter Sunday, or Ressurection Sunday, begins with the Procession of the Encounter, where the images of the Risen Jesus and the Virgin of Antigua walk in procession (the first from the Parish and the second from their Chapel) to the Plaza Mayor of the town. There, the image of the Mother, after bowing before her Son, accompanies the image of Jesus to the Church. After the High Mass, Holy Week ends with the popular tradition of “running the hornazo” (sweet with one or several hard boiled eggs inside), in which you spend the day in the Morata’s Plains, celebrating Easter massively. 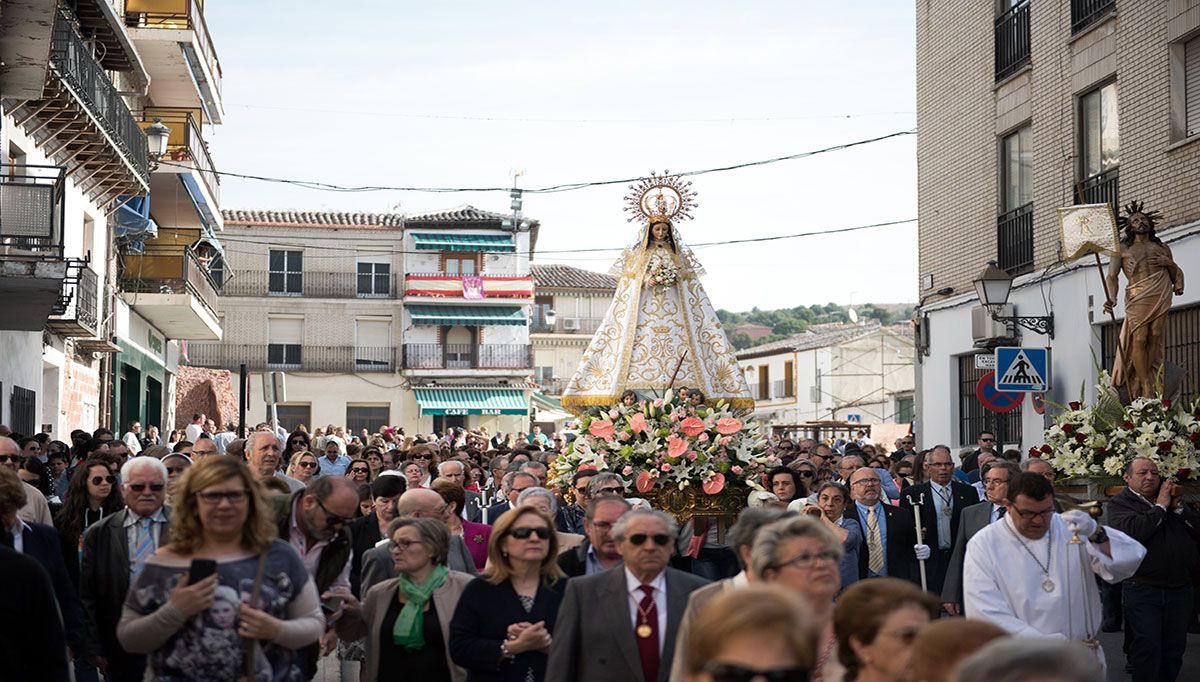 On the outskirts of the town centre, on the road to Perales de Tajuña, you will find the Chapel of Our Lady of Fatima. This small temple, which dates back to the 17th century, houses the image of the Virgin of Fatima, which comes out in procession every 13th of May, taking charge of its worship and maintenance by the Brotherhood of the same name. This chapel also houses the images of St. Jude Thaddeus and St. Gemma, remaining open for worship every 28th of each month.

In spring the Corpus Christi holiday is also celebrated on the Sunday closest to its original feast day, which is liturgically on Thursday. Every year, the Blessed Sacrament goes out in procession through different zones and neighborhoods of Morata, being adored by the faithful who accompany him in the many altars prepared by the neighbors along the route. The boys and girls who have taken their first Communion the previous days accompany the procession, filling the route with petals. The Brotherhood of the Blessed Sacrament is in charge of this procession and celebration.

In the months of May or June the Cultural Week has been celebrated for decades. It is organized by the Morateña Cultural Association – Radio Morata, with the collaboration of the City Council. Since its beginnings, in the mid-1980s, it has been a cultural space-time in which there is everything: conferences, exhibitions, excursions, activities for the youngest children… A true showcase of Morata’s cultural life.

In July is celebrated the Novena and later procession of the Virgen del Carmen, which leaves in procession through the streets of Morata every 16th. The Brotherhood of the Virgin has gathered this tradition.

The end of summer brings, every year, one of the most awaited moments: the Patronal Festivities. These feasts are celebrated at the Nativity of Mary, every 8th September. The celebrations begin on the last Sunday of August, with the rise of the image of the Virgin from her chapel to the church, extending about two weeks with various religious, leisure and bullfighting events. 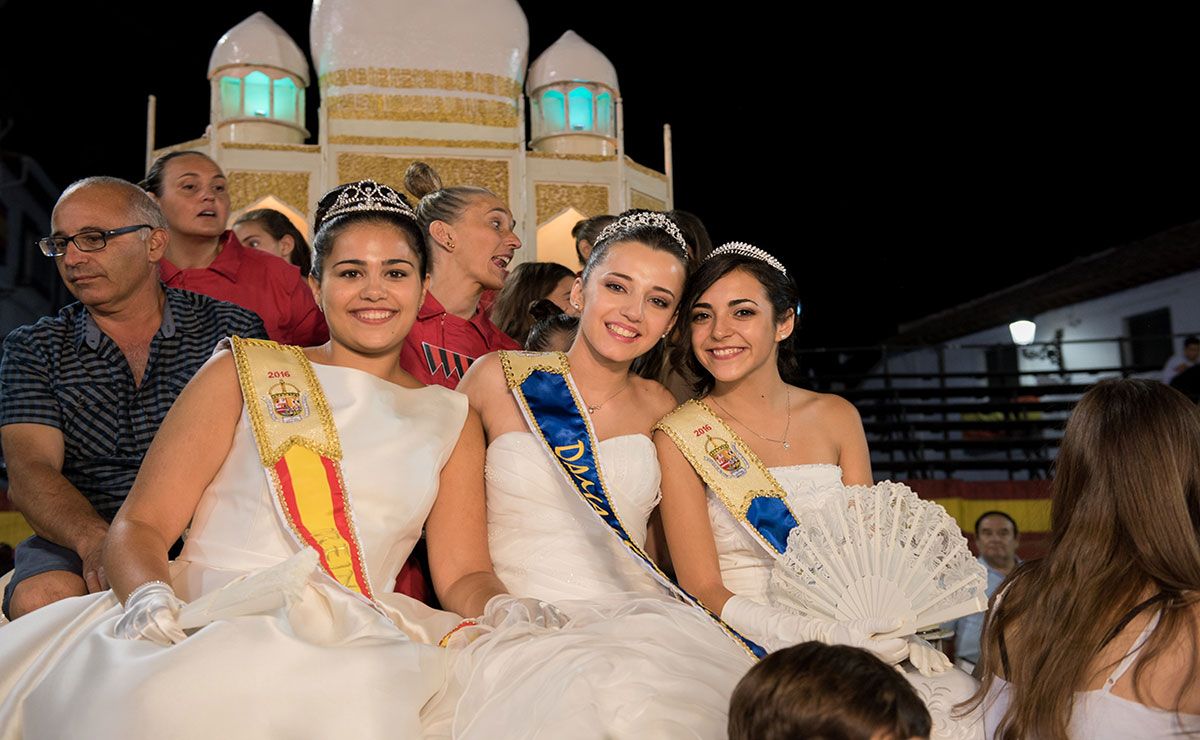 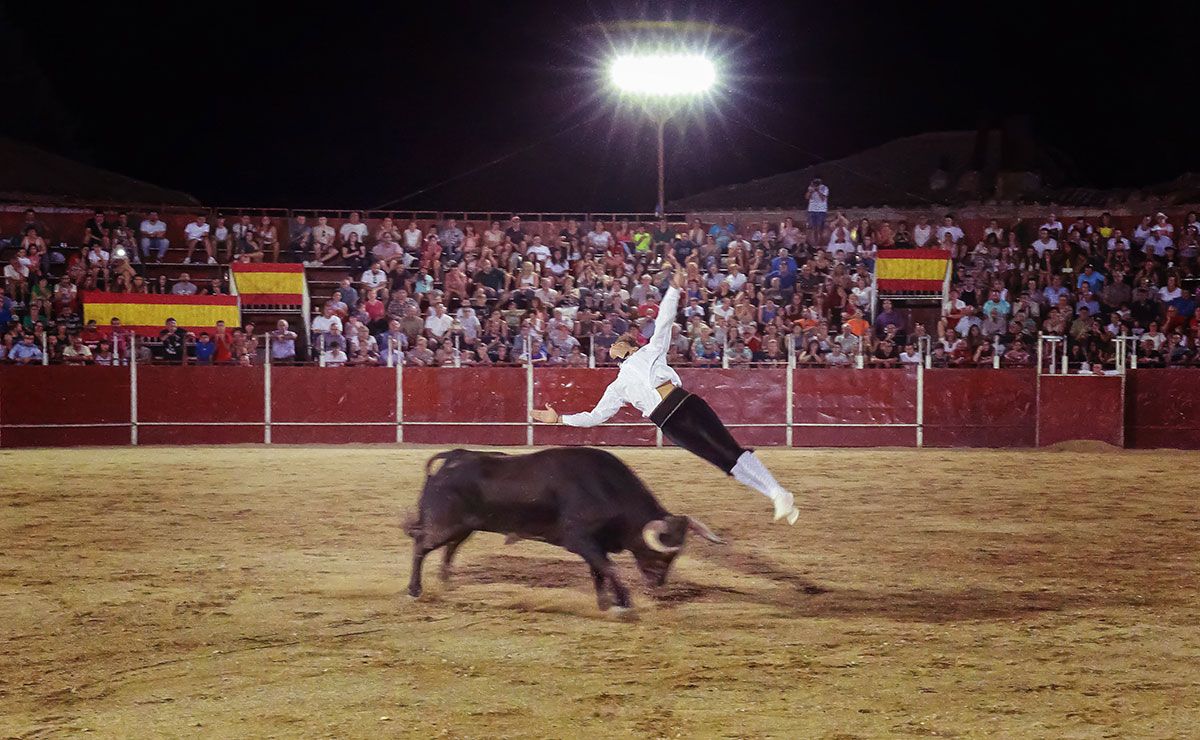 Promotion of the municipality

Since 2000, the Oil Fair has been organized in Morata de Tajuña, now extended to olive groves and garlic, but with space for the rest of the area’s agricultural products. Morata is a fertile plain area where vegetables and olive groves have been cultivated for hundreds of years. The garlic from this area is more than wellknown, as well as the tomatoes, cucumbers, peppers, lettuce and olives, which extends throughout the dryland area of its municipal district. Undoubtedly, it is a unique opportunity to promote the municipality and its products through the fair, but also through conferences on agriculture and courses that are demanded by farmers and farms in the area.

Every December 6, the 1978 referendum is conmemorated in which the Spanish people approved (by a large majority) the current Spanish Constitution. Morata’s neighbors celebrate it in the Plaza Mayor, once again, the hub of celebrations, with a great popular meal.

It is the prelude to a whole month of December full of Christmas events in which the youngest ones are the protagonists and in which the Morateños show, once again, that in their villaget is always time for a celebration.