What we know today as Morata is a direct consequence of historical events that date back to the time when some tribes like the Carpetanos decided to make the environment around us a place to live in.

Later on, as the historian Jesús Antonio de la Torre Briceño writes in ‘Historia de la Villa de Morata de Tajuña’, civilisations such as the Roman were regular visitors to these lands, located near a vital node of its communications network and very appropriate to raise some of its villages in which a rational exploitation of the favourable agricultural possibilities of a territory favoured by the proximity of the waters of the Tajuña river.

Some vestiges in the form of archaeological remains have remained of this Roman presence in the surroundings of Morata until other villages from far away, from the Iberian Peninsula took their place.

It is at this moment when we find the first document written about the valley of the Tajuña by Plutarco, which narrates the battle between the Romans and the Caracitans who defended the mythical Cacacca (allegedly the Risco de las Cuevas de Perales de Tajuña). With the conquest of this enclave, the definitive Romanization of the area began, which in Morata would move to the possible construction of a Roman villa on the river and from which fragments of pottery and pavements were found in the National Archaeological Museum. 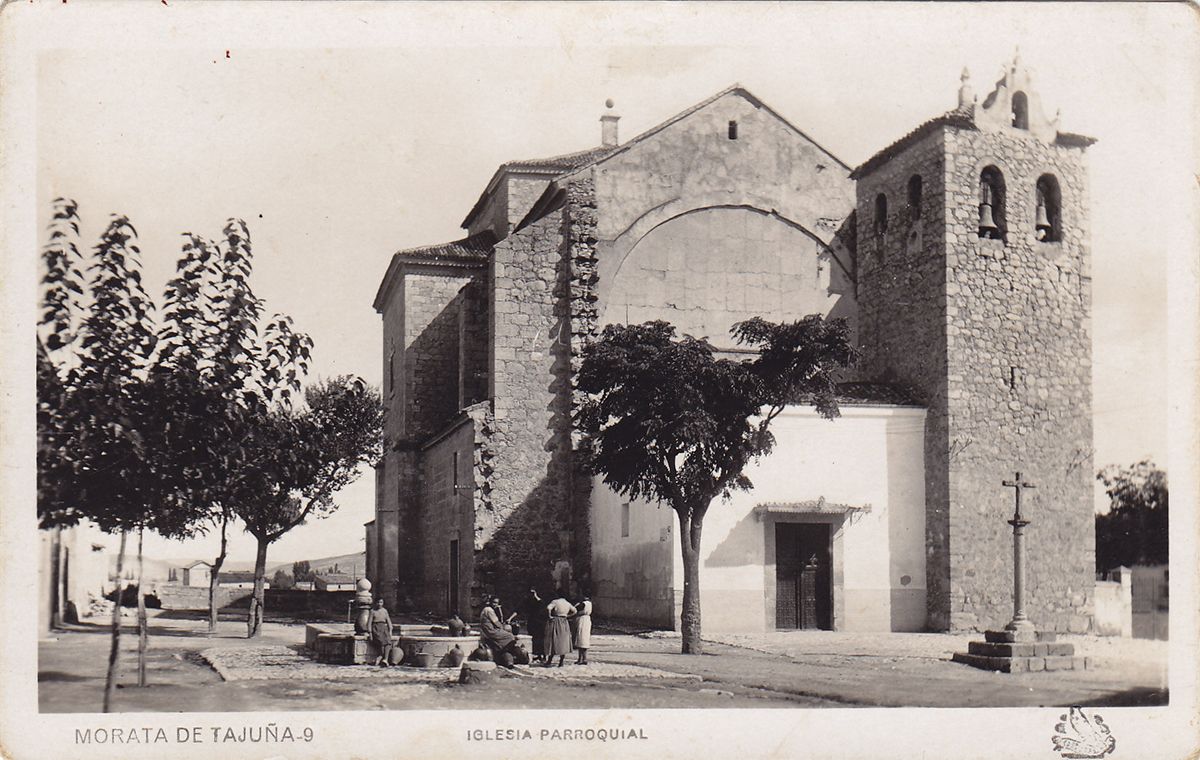 Precisely, in the ‘Relations of the people of Spain’, the parish priest declared in 1580 that halfway through the population, on the road to Chinchón, there were carved stones “with Gothic letters, Romans and in Latin language and one of them is placed in the tower of the said villa in which a’ D’ Roman is placed in the high part and then written a verse that says’ Licina’ and the rest cannot be read “. Hence, for a long time it was believed that Morata was known as Licina – in fact the shield of the people of Morata contains this word -, when in reality it is a woman’s name inscribed in a funeral stele.

Later on, the Arabs, to whom we owe their firm commitment to make the most of the river’s water, provided the plains with a modern irrigation network for the time. They also left their mark for centuries of presence among us even in the toponymy of the name of Morata that already in the times when the Christians advanced through the territory south of the mountain range, it begins to appear in the first written documents.

With the conquest by Alfonso VII of Alcalá and his lands, begins a period of greater peace for Morata that will make the primitive village become a villazgo.

Since the 12th century, already as a Christian territory, the history of Morata began to be clearly defined with clear supports, its donation in medieval times to the Portocarrero family and its attachment to the lordship of the almighty archbishopric of Toledo as the rest of the surrounding villages and hamlets. Morata, however, unlike these neighbouring towns and villages, did not integrate into the Land of Alcalá (as happened with Perales or Arganda), nor into the jurisdiction of Segovia (as happened with Chinchón), but will depend on Ocaña. In 1366, King Pedro I gave the town to Pedro González de Mendoza as a payment for his services to the Crown. He was an important member of the nobility, Duke of Infantado and Marquis of Santillana, whose titles would be inherited by his son Diego Hurtado de Mendoza, admiral of Castile.

Subsequently, people from Morata took advantage of a time of fleeting economic prosperity based on the cultivation of hemp and other agricultural products and a significant increase in the population to achieve the status of royal estate. After reaching their goal in 1575, in exchange for an economic toll of 24,000 ducats, they maintained their status as a royal villa until in the seventeenth century (1634) the Marquis of Leganés acquired jurisdiction over Morata and with it the rights for which the people of Morata had fought so hard.

The Topographical Relations of Felipe II that speak of the origin of the name establishing that “the said town of Morata is called this part of time immemorial, without there being any memory of when it began to be called this way, but that it is presumed to be called Morata or because there were many mulberry trees and morales in its term, because it was a land willing to have much irrigation, and so there are very old morals to the present day, and there are said to have been before more, and so on.

Jiménez de Gregorio proposes another origin for the name, although relying on the same document that speaks of the walls of an ancient castle already demolished in the sixteenth century. 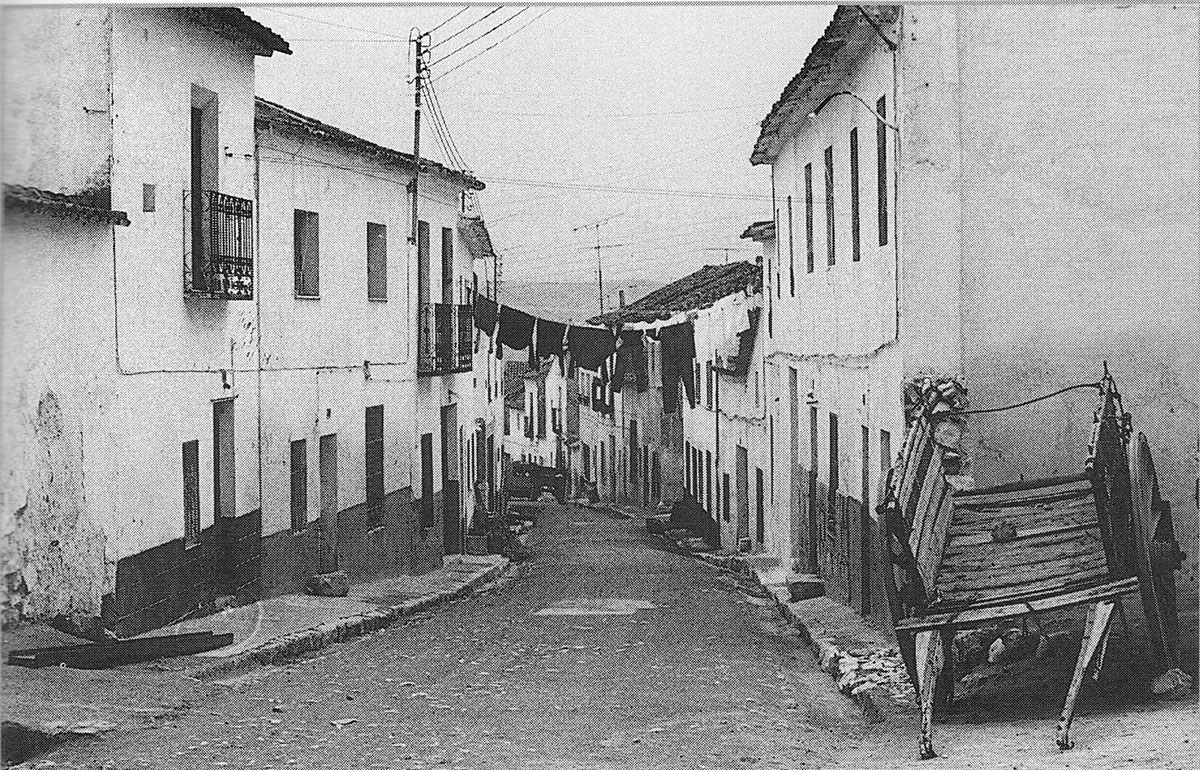 Marquisate of Leganés and duchy of Altamira

With the arrival of the Casa de Leganés to Morata, a period of economic difficulties began. The crisis of the town was reflected in the different population patterns of which we have a record in the eighteenth century. On the other hand, if the successive custodians of the lordship of Morata, firstly with the title of Marquis of Leganés and later with that of the county of Altamira, left their mark on the construction of the stately home of the Church Square, which has now disappeared, It is also true that they dominated the economy of a people who lived, fundamentally, from an agriculture that had its natural market in the nearby capital, although there were also some attempts to develop an incipient industrial activity in the old millennial.

Especially tragic was the War of Succession for Morata that saw how the troops of Archduke Charles of Austria looted and razed everything in their path through the village. Once the Borbons were established on the throne, the VI Señor de Morata proclaimed the ‘Auto de Buen Gobierno’, a set of 51 norms that regulated social and economic aspects of the life of the inhabitants of Morata. 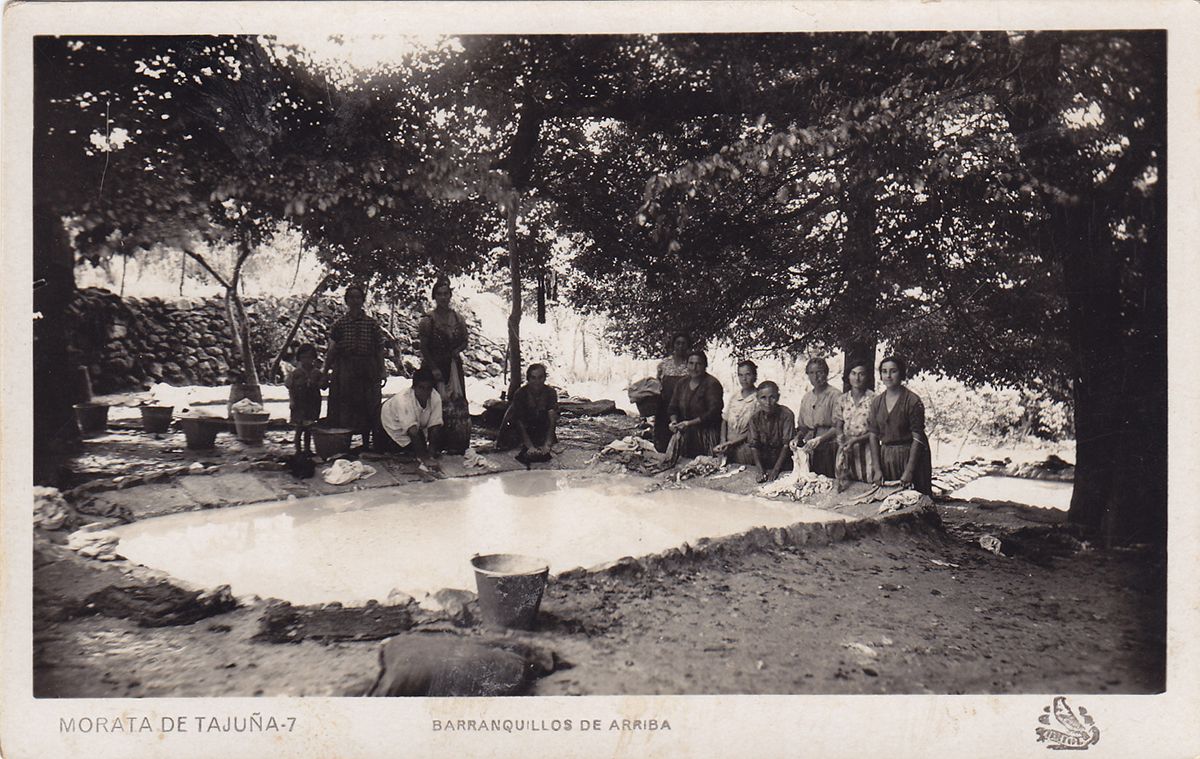 The arrival of the Railroad and the Civil War

It is in the midst of the general chaos caused by the reign of Amadeo I of Savoy and the First Republic that the bandits of the Tajuña emerge. Known as the Spanish Robin Hoods, the people turn them into heroes because, idealized by the mentality of Romanticism, they supposedly robbed the rich to give to the poor, although this was not entirely true.

Following in the footsteps of the mythical Luis Candelas, supposedly a native of Perales de Tajuña, gangs, such as that of the Chaplain of Valdilecha, feared the diligence that communicated the Tajuña valley, from their shelters in the Morata caves and with the protection of the famous bullfighter Salvador Sánchez Frascuelo.

The opening of the railway, in 1901, will be the landmark that marks the beginning of the twentieth century. With the train tracks also comes the possibility of exploiting with greater guarantees the agricultural and industrial resources of the municipality that, little by little, recovers population and increases its economic activity. The first car would also arrive, owned by the Marquis of Benalúa.

The Civil War, bloody and destructive in the surroundings of Morata and in the municipality itself, frustrated for a few years these attempts at progress and leaves the lands of Morata sown with desolation following the cruel Battle of Jarama, the first confrontation in history in which participated the infantry, armoured cars and aviation, leaving thousands of dead in its wake and that only served to prolong the war before the war.

In recent years, Morata has evolved from being an eminently agricultural town to becoming a municipality with a diversified economic activity but which, nonetheless, does not lose sight of the historical reality and events that marked its past. 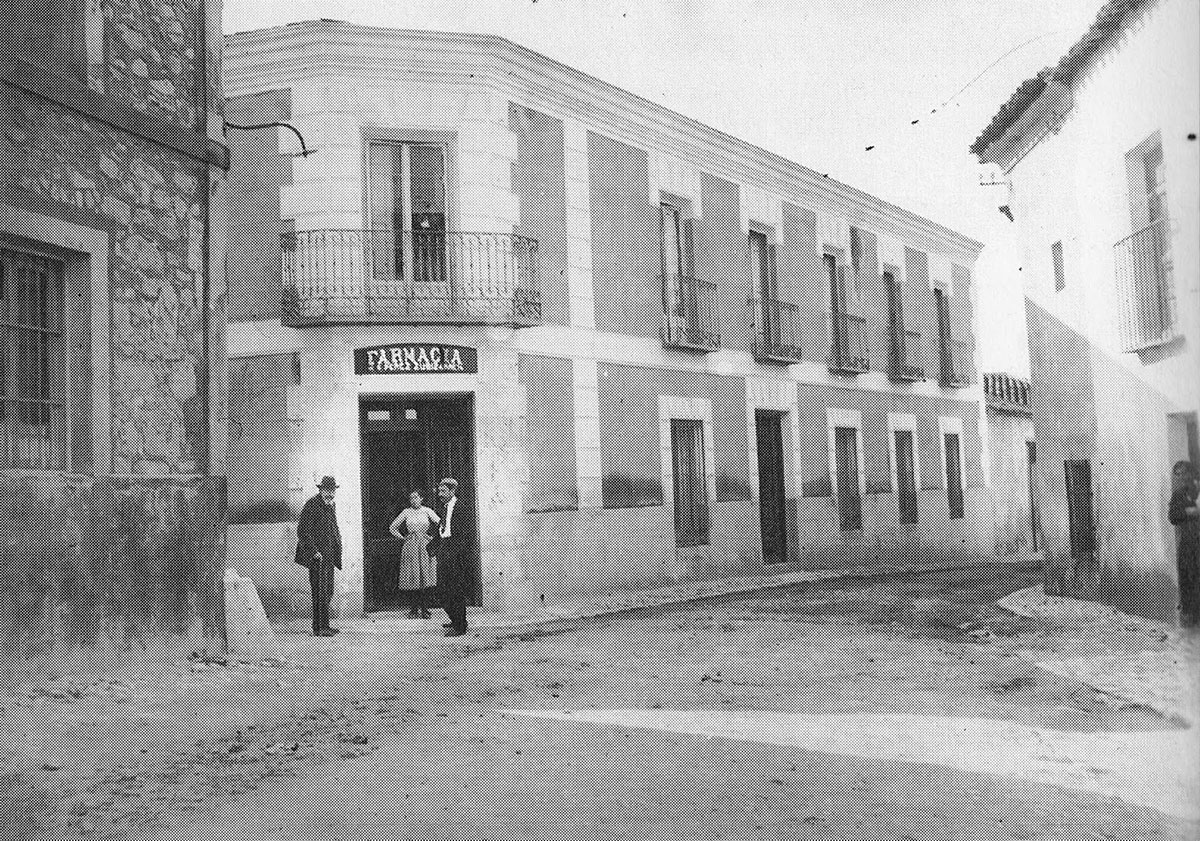 The Royal Factory of Tissues and Yarn

Already in 1792, one of the most important milestones of the town took place, when the brothers Mariano and José March established in Morata the Royal Factory of Tissues and Yarn, which for a decade became a reference point. So much so that the kings and Godoy himself used Morata’s mantles. A few years of splendour that would end with the transfer of the Royal Factory to San Fernando de Henares for being closer to the Court and for the little interest of the inhabitants of Morata in industry.

Morata, after the war of Independence, joins the 19th century, and joyfully welcomes the Constitution of 1812 and the abolition of the lordships. It remains an agricultural population, where the disentailment processes release a significant number of farmland. The town also sees how again the surroundings of the Tajuña is the epicentre of a certain industrializing process with the installation of an important paper factory that employs many people. 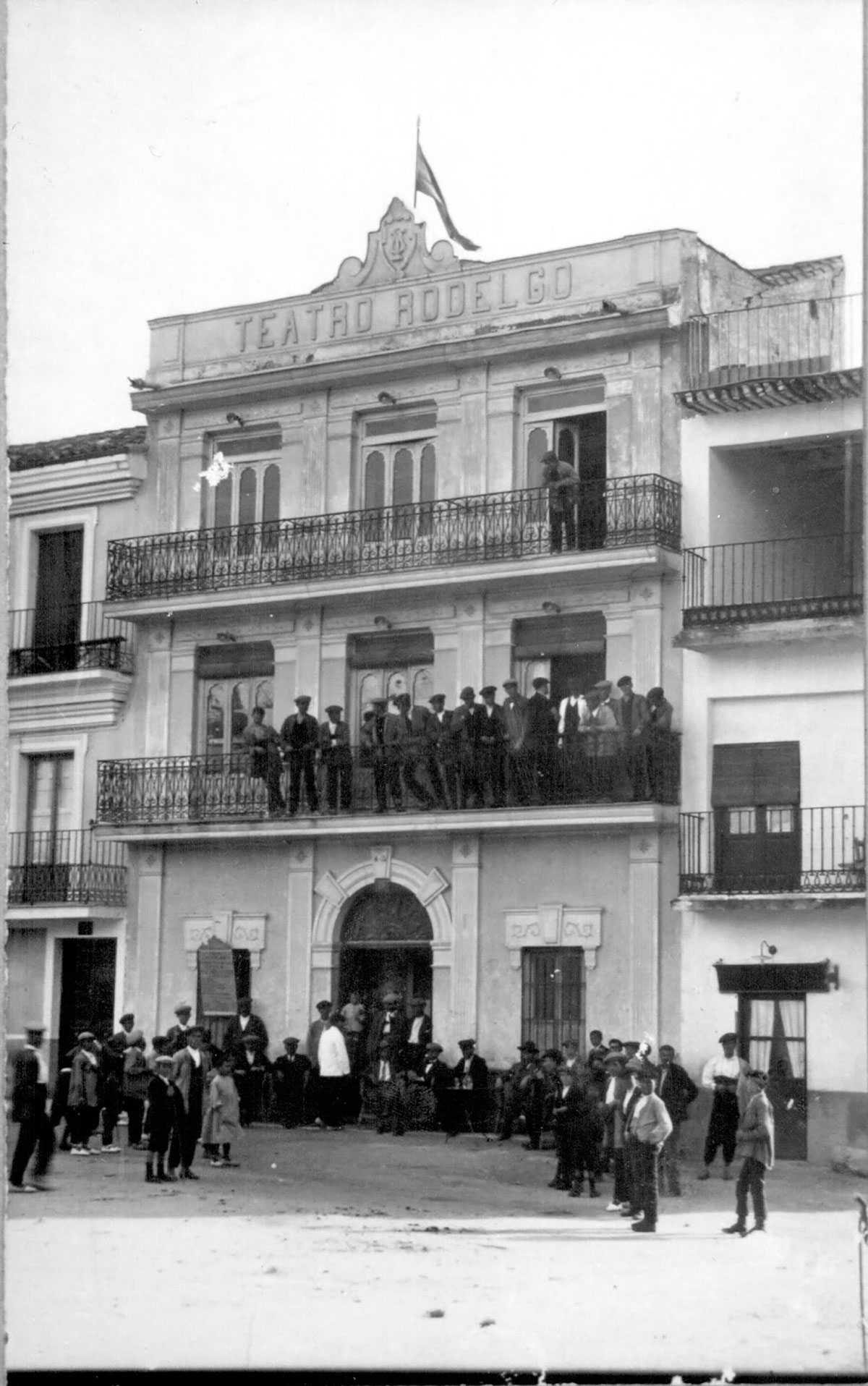 Learn more about the history of Morata de Tajuña

If you want to know more about the History of Morata we recommend the book by Agustín Miranzo Sánchez-Bravo ‘Historical Documents of Morata de Tajuña’. A grouping of texts with ancient manuscripts that speak about life in Morata de Tajuña throughout its history, historical events dating from the 15th century and curiosities about the town. You also have all the information in his blog Historia de Morata.